You are here: Home / Columnists / A Lifelong Relationship with OneAZ 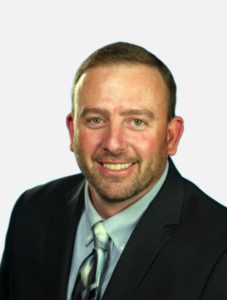 The convenience of the two OneAZ branches in Flagstaff have made it easy for Johanna to bank locally.

Johanna Klomann knows Flagstaff. She has built a life in Northern Arizona ever since her family moved there when she was just two years old. Around that time is also when her parents established a personal savings account for her with OneAZ Credit Union. And for someone with a self-proclaimed aversion to change, Johanna has continued to bank with OneAZ ever since.

Fast forward to graduation day at Northern Arizona University on a warm May day with a degree in accounting. Johanna had interned with accountants previously, but then met Tyler Higger, who owned a small accounting firm with a staff of only three people. In 2008, Tyler informed Johanna of his plans to retire and asked if she would be interested in taking over control of the business.

“Tyler was such a great teacher and amazing mentor. I really felt like I learned so much from him. There’s so much that you learn in school, which is necessary, but real-life experience is something totally different, which I learned from him,” said Klomann.

Klomann took on full ownership of the business in 2009 and her staff continued to grow through the years, which has led to a current staff of 10 associates. They offer bookkeeping, payroll, tax preparation, tax planning, general consulting and notary services to clients throughout Northern Arizona and beyond. They also stay current on tax law updates to accurately prepare individual, corporate and non-profit tax returns.

The convenience of the two OneAZ branches in Flagstaff have made it easy for Johanna to bank locally. Johanna has really appreciated the ability to make deposits remotely through the remote scanner, which has been a game-changer during the past year because of the complexities of the pandemic, and around tax season, when time is of the essence. While her business has recently changed with more Zoom appointments and electronic signatures, one thing remains the same: Klomann is firmly planted in Flagstaff for the foreseeable future and will continue to serve her clients in need. QCBN