You are here: Home / Columnists / Addressing Housing for Recovering Addicts 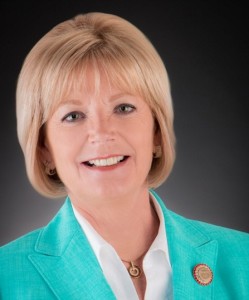 I hear you. District 1 residents are upset – and that’s putting it mildly – with the large number of homes housing recovering drug and alcohol addicts. The City of Prescott and other communities are doing what they can, but cities and counties need the legislature’s help.

We can’t ban group homes outright; federal housing law forbids it. So, cities have enacted zoning laws to spread out facilities and keep them from concentrating in a neighborhood. Prescott has one of the most cutting-edge zoning ordinances in the country, but this won’t immediately impact numbers, or ensure that homes will be operated safely.

The over 160 registered group homes, many of which qualify as “structured sober living,” generated 287 police calls from January through the end of September, 2015, and 126 fire department medical calls through Sept. 1, 2015 in Prescott.

This raises health and safety concerns, for both the residents of these homes and their neighbors. That’s why I support the bill sponsored by state Rep. Noel Campbell. It would bring long-needed structure to these sober living homes that were identified by a legislative committee that I served on this summer as a matter of statewide concern.

House Bill 2107 would allow local governments to enact health and safety standards for these homes. Owners could be required to register the addresses with the city and/or county. They would have to follow fire safety rules, place trained house managers on site and have a plan for discharging residents who don’t comply with house rules. This would ensure that structured sober living homes aren’t allowed to kick those who relapse to the corner and leave them on our streets.

This approach serves everyone’s interests because it’s all about safety and better outcomes for the clients.

Right now, anyone can open a structured sober living home. Cities like Prescott ask them to voluntarily register and follow zoning rules, but it appears that many do not. This bill would let residents know where all qualifying homes are, and ensure they are following basic health and safety standards.

That’s good for the homes’ residents, a vulnerable population. The 1,000 or so people living in these homes in Prescott every day are in search of recovery and a new life. They’re in no position to insist upon safe conditions from the people they’re depending on to get straight. While government isn’t the answer to every problem, this is one where cities, the level of government closest to the people, have a necessary role.

Most importantly, this bill protects neighbors, who are also impacted by the bad actors in this industry. It would require structured sober living homes to have supervision requirements for residents and a trained house manager to enforce rules. The manager must be trained in crisis prevention and intervention, CPR, infectious disease control and assisted self-administration of medication.

A good house manager is critical to maintaining the peace and safety of clients in the facility.

Prescott isn’t the only community grappling with this problem. A joint legislative committee studying this issue also heard from Chandler officials. Scottsdale supported legislation last year and is supporting the new legislation this year. This issue was identified by the League of Arizona Cities and Towns, representing all 91 municipalities in Arizona, as a top legislative priority.

But Prescott bears the largest challenge. The large, historic homes are easily divided into living quarters for multiple residents. This region’s mountain atmosphere and small-town quality of life appeal to the families of recovering addicts as a perfect setting to turn lives around. But when structured sober living homes conflict with their neighbors, they disrupt the very quality of life that attracted them in the first place.

We need to end these conflicts. Rep. Campbell’s bill provides a way to promote the health and safety of the homes’ residents and their neighbors, the people who live and work in Prescott.

Please join Representative Campbell and me and let the legislature know you support this bill. Urge Sen. Steve Pierce, Sen. Nancy Barto, Sen. David Bradley and Rep. Eric Meyer, who all served on the legislative committee, to put their efforts behind this bill. It gives Arizona towns and cities the tools we need to preserve health and safety.