You are here: Home / Local News / ADOT Announces Plans to Widen I-17 North of Phoenix 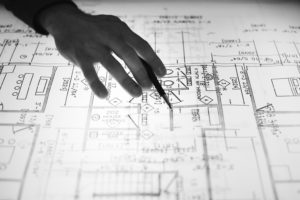 It will take about two years to start construction on the $320 million project to widen 23 miles of Interstate 17 between Anthem Way and the Sunset Point Rest Area, according to the Arizona Department of Transportation. A portion of the project is to include eight miles of flex lanes between Black Canyon City and the Sunset Point, at a cost of $95.5 million.
ADOT says those eight miles will be constructed beside the existing southbound lanes, separated by concrete barriers. They will run, depending on the day, with the major traffic flow — either north or south.
“Safety is our top priority,” said ADOT Spokesperson Doug Nintzel. “There will be a safety gate system at both ends of the direction of travel.”
He said the project team will design and install appropriate signage for all drivers to see as they approach the area where the flex lanes are in operation.
The project is being designed to keep traffic moving along safely on a day-to-day basis, but when there is an incident like a crash, which closes the highway, the flex lanes can be used to divert traffic around it.
“At present, there is no timely, reasonable alternative to I-17,” said Nintzel.
The highway plan is good news for the 40,000 daily commuters and the 55,000 to 65,000 weekend travelers.
“This is exciting news for Arizona and our growing economy,” said Governor Doug Ducey in a news release. “Arizona’s fiscally conservative, balanced budget made a significant investment in our state’s infrastructure. This additional funding will expand Interstate 17 in a critical commerce corridor, helping to reduce congestion, improve traffic flow and increase public safety.”
Motorists have long complained about I-17 north of Phoenix because of traffic congestion and the lack of an alternative route.
The project is funded by ADOT and the Federal Highway Administration. Ben Peterson of the governor’s communications office said construction will take place in different stages because of the mountainous stretch of road involved and is expected to be completed in 2023.
According to the U.S. Department of Transportation, this round of the Infrastructure Rebuilding America discretionary grant program is making available between $855 and $902.5 million for projects that help rebuild the country’s infrastructure. FBN