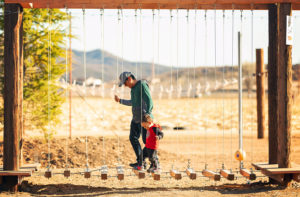 It’s challenging enough to be a young person with mental health issues without the added trauma generated by a worldwide pandemic.   Children and teens the world over are grappling with the stress, fear, grief, isolation and uncertainty created by COVID-19. Unfortunately, the struggles and losses of the past 14 or so months are likely to continue to affect young people and their families for some time.

These hard times are shining a spotlight on an annual event that traditionally is devoted to raising awareness about children’s mental health, National Children’s Mental Health Awareness Week, which has been declared by Gov. Doug Ducey to be May 2-7 in Arizona.

The 2021 theme for Children’s Mental Health Awareness in Arizona is “Every Child’s Mental Health Counts,” with a focus on ever-mounting issues for the young, including restless and fearful sleep, changes in mood and behavior, increases in aggression and irritability, decreased interest in schoolwork and academic achievement, increased use of drugs and alcohol and dwelling on thoughts of death and suicide.

The Family Involvement Center (FIC), a 20-year-old non-profit with offices in Prescott Valley, Flagstaff, Phoenix and Tucson, is sponsoring two free events that will welcome all individuals and families who want to raise their spirits by enjoying the outdoors and interacting with animals.

The first is Free Zoo Day, scheduled for Saturday, May 8, at Reid Park Zoo in Tucson, and the second is on Saturday, May 15, at Mortimer Farms in Dewey.

Executive Director Jane Kallal started FIC in 2002 as a family-run organization where the family “voice” is central in receiving services.

“Although the events of the last year affected everyone, they were especially troubling for kids and young people,” Kallal said. “These free zoo days are a way to connect families with resources to help children with a mental health condition. The mission of the Family Involvement Center has always been to offer hope to parents and help them connect with another parent who understands, bringing them awareness that they are not alone. This is even more important this year as many have too often been isolated from social settings.”

The non-profit has been hosting events like these for almost 15 years to mark CMHA Week. In the past, families have been invited to large picnics, but this year, organizers decided to do the Zoo Days events to provide something outside that would be joyful for families.

“The feedback we receive from parents and youth has included comments about how they want more opportunities like this to meet and socialize with others who are on a similar journey,” she said.

Activities at the Tucson zoo and the Dewey farm, all designed to lessen mental health stressors, include observing the antics of giant anteaters and ring-tailed lemurs at the zoo, and swinging on tractor tires and navigating a ropes course, munching on free lunches under shady trees and roaming in fields picking strawberries at the farm.

According to the World Health Organization (WHO), noted in an FIC April 12 press release, “As many as one in six U.S. children ages 6-17 has a treatable mental health condition such as depression, anxiety problems or attention deficit/hyperactivity disorder (ADHD).”

Another WHO statistic states, “Half of all mental health conditions start by 14 years of age but most cases are undetected and untreated.”

She added that Children’s Mental Health Awareness Week is a “chance to change the perceptions around mental health, as well as recognize children’s uniqueness, rather than the characteristics associated with their disability, diagnosis or illness.

In addition, she says, the consequences of not addressing adolescent mental health issues extend into adulthood, limiting opportunities for adults to lead fulfilling lives.

The Family Involvement Center, a board composed of at least 51% parents who have raised children with unique challenges, governs FIC. Staff members also are primarily parents who have experience navigating services and supports that aid families in need.

Services at FIC include help coordinating with child-serving systems such as schools, assistance with life skills like employment and housing, providing parent peer support programs, counseling for adults and other family members, and offering respite services as breaks for parents and caregivers.

“We are there to help them navigate to get the needed resources and formal and informal supports in their communities,” Kallal said.

The Reid Park Zoo has more than 350 animals in lush natural habitats and was founded in 1967 on 24 acres that are owned by the City of Tucson. It is a non-profit located within Reid Park and includes two fascinating aviaries, Flight Connection and South American.

“The zoo is home to animals from around the world, including from Africa and South America,” said Deborah Carr, director of marketing and events at the zoo. “We have a lot of new animals this year, like the African painted dogs. They’re a lot of fun. We have a pack of four sisters, each 2 years old. We also just opened a new Flamingo Lagoon, an expanded space with sparkling features, which houses the zoo’s flock of 26 Chilean flamingos. They’re among the most colorful animals at the zoo, with their deep coral feathers.”

There is also a baby African elephant, Penzi, who reportedly loves cucumbers, crushing boxes and rolling in the dirt.

The zoo focuses on conservation, education and connecting people with the natural world

Mortimer Farms is celebrating its 11th anniversary and is located on 324 acres, 60 acres of which are open to the public.

The grounds include a barn and country store, and farm-inspired rides, games and activities.

“We have miniature horses, calves, donkeys, goats, sheep, bunnies, chickens, ducks – lots of animals to feed, pet and hang out with,” said Ashlee Mortimer, who is the chief marketing officer at the farm. “It’s super fun to have that animal interaction with guests. In May, we’ll have quite a few babies. I love spring and all the babies that come along with it.”

The farm has about 40 varieties of vegetables growing at various times.

“Guests can come out and pick all day in the fields, whatever is available,” she said. “Right now, we are picking asparagus and cilantro. In a few weeks, depending on the weather, we should have strawberries.”

The Agua Fria River borders one side of the long, narrow farm

A grassy, shaded area will be available for families, who will also be given free box lunches.

“The event is held outside over several acres to allow for distancing of participants,” said Trisha Riner, who is FIC regional director for Northern Arizona.

There will also be volunteers on hand to help people enroll in AHCCCS if they don’t have health care and need assistance completing paperwork or are missing documents.

Attendance is limited for both events and families must register in advance. For more information, visit familyinvolvementcenter.org/get-involved/childrens-mental-health-awareness-week.

To reserve space at Reid Park Zoo in Tucson for May 8, contact Vianey Verduzco at 520-591-8602 or Vianey@familyinvolvementcenter.org.

For a spot at Mortimer Farms in Dewey for May 15, contact Trish Riner  at 928-713-3248 or Trish@familyinvolvementcenter.org. QCBN