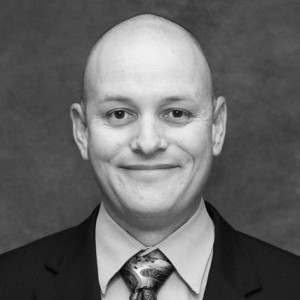 Throughout the past decade, America’s Aviation and Aerospace industry has consistently been atop the list of U.S. export sectors and trade surpluses. Yet, there is a looming shortage of qualified professionals on the horizon for this major driver of the U.S. economy. Much of this is demographically driven, as the Baby Boomer generation is fast approaching retirement age. However, some of the drivers are systemic as well and exacerbated by recent government regulations.

Although affected sectors include Engineering and Air Traffic Control, one of the most acute impending shortages is that of airline pilots. Recognizing this, during the past few years, the FAA has successively extended the mandatory retirement age for pilots: first from 60 to 62, and then from 62 to 65. The agency will only be able to kick that can down the road for so long, though, eventually having to fill vacancies with a new generation of aviators. Contradicting this predicament, as of Aug. 1, the FAA instituted new rules that mandate even a First Officer (copilot) must have an Airline Transport Pilot Certificate (or ATP) requiring 1,500 hours of flight time. Previously, this certification was only required for captains; first officers, if properly qualified and certificated, could be hired with less time based on the quality of the applicant and the policies of the airline.

Airlines are also seeing fewer qualified applicants applying for open positions, potentially as a result of the higher standards for hiring. American Eagle, a major regional airline, said recently that between 2011 and 2013, it saw its applicant pool fall from 500 (of which it offered employment to 53 percent) to 100 (of which 35 percent were qualified to be offered employment).

There is hope, though. Graduates of a premier collegiate aviation program can qualify for a restricted ATP allowing them onto the flight deck at only 1,000 hours, with several other reductions in mandatory hour thresholds, because of the exceptional quality and standards of these particular programs.  Currently only four institutions nationwide qualify for this distinction, two of which happen to be the Embry-Riddle Aeronautical University campuses – one of which resides here in Prescott.

Aviation and Aerospace are exciting, cutting edge, and well paid careers for young people. If you know of someone expressing an interest, please encourage him or her to pursue this interest at a university such as Embry-Riddle. Their country needs them! QCBN