You are here: Home / Local News / Bitcoin: Currency of the Future? 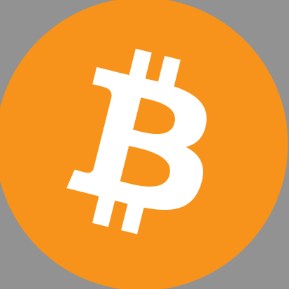 A novelty digital payment method surfaced in January 2009 as the brainchild of a computer programmer identifying himself as Satoshi Nakamoto and christening his techno-currency Bitcoin (BTC).

The prognosis for BTC as a mainstream currency has been shrouded as much in mystery as the identity of its inventor. The fact that Nakamoto is presumed to be a pseudonym only adds to the intrigue.

“I like the innovative nature of Bitcoin,” shared investment manager William T. Hepburn, president of Hepburn Capital in Prescott. “It shows us what alternatives to traditional money are possible. However, most of the total failures in investing involve new entities with good stories, but without proven track records or underlying value. This is the precise nature of Bitcoin. There is no intrinsic value, just a good story. The price rise of the past three months followed a decision by a European court’s ruling that Bitcoin would be exempt from its Value Added Tax (VAT), and gave market manipulators a new PR platform. If you look at price chart of Bitcoin, it looks very much like a speculation rather than an investment. Think tulip bulbs and dot-coms of the 1990s.”

BTC has captured the interest of Congressional Research Service (CRS), which delivered a report to members and committees of Congress in October 2015. The document cites unease about use in illegal money transfers, impact on the Federal Reserve, and lack of consumer protection. The potential for money laundering, treatment under federal securities law, and effects on the regulation of foreign exchange trading remain legal and regulatory questions.

“Unlike a dollar, Bitcoin has no legal form, is not legal tender, and is not backed by any government or other legal entity, and its supply is not determined by a central bank,” CRS cautions. Coins owned by investors and end users are stored in digital wallets on an owner’s computer or with an online wallet service. There is no retrieval for lost or stolen BTC.

Here’s how it works, according to CRS: “Each Bitcoin and each user is encrypted with a unique identity, and each transaction is recorded on a decentralized public ledger (or blockchain) visible to all computers on the network, but does not reveal any personal information about the involved parties.”

Network users, called miners, gather blocks of new transactions and compete to verify that all transactions are valid. Verification reportedly can be completed in as few as 10 minutes or as many as 60. The first miner verifying the blockchain is awarded 25 BTC by the controlling computer algorithm.

Insight on BTC users comes from blogger Tyler Durden in an article entitled “The Demographics of Bitcoin” submitted March 2013 to www.zerohedge.com. He reports that the “average Bitcoin user,” is male (96 percent), 32.7 years of age, libertarian/anarcho-capitalist (37 percent), non-religious (61 percent), with a full-time job (43 percent), and in a relationship (56 percent). Curiosity, profit and politics are identified as the biggest motivation for new users. Thirty-nine percent of users do not drink, smoke, gamble or take drugs. “Regulatory/legal intervention” and “reputation problems” concern users.

Research firm Quantcast estimates that nearly half of BTC users have annual incomes of $50,000 and above, with 35 percent earning more than $100,000 a year and 26 percent more than $150,000. Tech savvy and Internet buying go along with the profile. Collections of white papers posted online show BTC as fodder for educational research, especially regarding the technology.

From Hepburn’s perspective, “Bitcoin feeds the desire of schemers and scammers, rebels and ultra-early adopters to use vehicles that are off the radar charts – (concepts) that ‘the man’ has not yet figured out how to control, and their neighbors do not yet understand. Just as some folks like the feeling of being ‘off the grid’ and unregulated, Bitcoin users enjoy the anonymity of its transaction process.”

Hepburn published an article on BTC in December 2013 “after being asked to do a presentation that included Bitcoin to the regional Mensa convention in Phoenix. The interest then was the result of a recent spike in Bitcoin pricing that had generated much media attention. It was the kind of price bubble that is often created by speculators or operators of ‘pump and dump’ schemes. In the 18 months following my article, Bitcoin lost 75 percent of its value, and that decline confirmed my opinion that this is an easily manipulated market.”

An online search of traders and merchants accepting BTC identifies several locations in Las Vegas, Phoenix and Tucson. No merchants are listed in the Quad Cities. Hepburn said he does not know any BTC owners or retailers here, although he said he has not really looked.

QCBN caught up with Erin Brinkman of Brinkman’s Visual Art in Flagstaff, who was located on the web as a retailer accepting BTC.

“I accept donations and payments with Bitcoin, although I haven’t conducted any business with Bitcoin yet,” Brinkman explained. “I initially got involved by purchasing Bitcoin as an asset. I don’t know of any other local businesses that accept Bitcoin. I see Bitcoin as a currency that will soon be the most stable and easiest way to pay for things.”

Some industry analysts have predicted that, even if the currency itself does not evolve into broader use, its encryption technology could be BTC’s ticket to lasting legacy.

Hepburn reserves judgment. “Technology is changing our lives at a dizzying pace. [Does it make] sense that it can change the way we use money, too? As I mentioned in my December 2013 article, I confess to not realizing the impact on our lives that the Internet might bring [when thinking about the future] 30 years ago, and Bitcoin might have a similar impact, but I’ll wait and see.”