You are here: Home / Columnists / Can an Old Body Generate New Stem Cells? 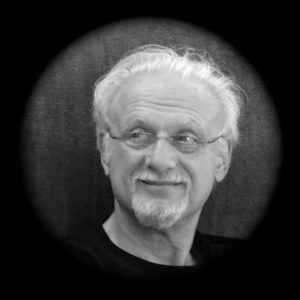 This is technology like the world has never seen before!

Before I give you the answer, please note, this article is not intended to provide medical advice. I am a biophysicist, not a doctor. I simply want to share new research and developments that you can further investigate on your own, and/or take to your medical provider.

A few years ago, if you asked if your older body could generate new stem cells, the answer would have been a definite “No.” But, as of 2019, the answer has become a most promising “Yes!” — even if you are over age 80! So, what has changed?

It’s all about GHK-Cu, a biologically active tripeptide that some scientists call “The Holy Grail of Healing.” This peptide generates stem cells and provides multifarious salubrious functions. It is plentiful in healthy young people, but it begins diminishing, along with your stem cells, around age 30. As GHK depletes, aging escalates.

Dr. Loren Pickart discovered gHk-Cu in 1973. He noted it is highly anti-oxidant and anti-inflammatory. He later wrote that one of the reasons GHK-Cu restores so many conditions to health is that, in addition to transforming skin cells into stem cells, it blocks Nuclear Factor Beta Kappa (NFkB) Activation. NFkB is believed to be a major factor in causing the diseases of human aging, with either a causative or intensifying action.

GHK-Cu repairs DNA and regulates 4,192 genes, about a third of the human genome, back into healthy expression.

Dr. Thomas Gilmore of Boston University lists 67 common catastrophic diseases in which the activation of NFkB is implicated: bu.edu/nf-kb/physiological-mediators/diseases.

There are hundreds of independent research articles on the National Institutes of Health (NIH) National Library of Information website. To be amazed, go to pubmed.gov and put “GHK-Cu” into the search window.

Ever since Dr. Pickart’s discovery, scientists have been looking for a way to replenish GHK-Cu in aging humans. But this tripeptide was elusive. A synthetic form was invented for topical use in skin creams, but results are questionable and, because it’s synthetic, sometimes there are side effects.

Since no way of replenishing native GHK was ever discovered, scientists came up with a solution to inject people with healthy stem cells that, nowadays, are typically sourced from human umbilical cords. Results have been promising, but not perfect. Another way is to harvest a person’s own stem cells, activate them in a lab, and then re-inject them back into the same person. Not only are these treatments painful and expensive, but those stem cells are aged, i.e., less potent.

Now, let’s take a step back in time. Around the turn of the millennium, David Schmidt, a brilliant young inventor, developed and patented a non-invasive Infrared Photobiomodulation Technology to increase the energy and stamina in U.S. Navy Seals. His invention was later used by the U.S. Women’s Olympic Swim Team, who then achieved more gold medals than ever before.

Scientists at the U.S. Patent Office were so impressed with the high levels of GHK-Cu and stem cells in blood and urine samples during the clinical studies that they fast-tracked and granted the patent in just 11 months, in March 2020.

This is technology like the world has never seen before! It uses non-transdermal organic nano-crystals to reflect specific frequencies of your own body’s infrared light, which generates high levels of GHK-Cu, which transforms your own skin cells into your own youthful mesenchymal stem cells for anti-inflammation, anti-pain, anti-disease, anti-aging, improved cognitive functions and remarkable rejuvenation, even in people who are already compromised. It works wonders for elders, athletes or anyone in pain. Photobiomodulation is non-invasive, highly effective, and, compared to traditional stem cell therapies, very inexpensive.

Barry Gordon is a biophysicist, homeopathist and energy psychologist living in Prescott. He’s been on the leading edge of science and healing since the 1960s. He can be reached at
barryg@mac.com.