You are here: Home / Columnists / Classical Music’s Impact on the Human Brain 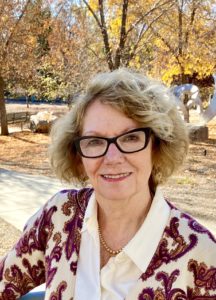 It might surprise you to learn that when Albert Einstein ran up against a mathematical problem, the scientist’s son, Hans Einstein, recalled that “he [Albert Einstein] would take refuge in music, and that would usually resolve all his difficulties.” (Canadian Broadcasting Corporation, March 14, 2017)

The mathematical genius behind the theory of relativity was also vice president of Princeton University’s Symphony from 1952 to 1955. “Life without music is inconceivable to me,” Einstein said. “I live my daydreams in music. I see my life in terms of music,” he said in a recorded interview with the CBC. He went so far as to tell the Saturday Evening Post in 1929 that if he hadn’t been a scientist, he would have been a musician.

Perhaps the reason Einstein solved his mathematical problems while listening to classical music is because it puts the listener in a more creative mindset. It opens the brain’s mind fix to consider solutions outside the box.

Prescott counselor Chris Knack, a nationally certified geriatric manager with 25 years of experience, says his clinical observations support the notion that classical music has a soothing effect on brain patterns and calms upset patients. Knack cites work with dementia patients where music, as well as other tools, brings sufferers to lucidity from dissociative states.  “There is lots of anecdotal information to this effect,” as well as scientific studies.

Knack says complex music, especially jazz and classical with shifting beats, as opposed to music with one beat, leads to profound thoughts, and also encourages creativity. “Music changes the way the brain works. The more complex the musical rhythm, the more the brain becomes involved,” Knack said. Einstein commented in the first half of the Twentieth Century, before current brain study methods, that really good music cannot be analyzed to discover why it takes the mind to new thoughts; it just does.

So you might not try to induce relaxation with head-banging music. The website quotes a study of people with sleep issues, and 45 minutes of, say, the three Bs, Bach, Brahms or Beethoven, may lead to sleepy time more successfully than heavy metal.

Einstein played the violin and became hooked on Mozart’s music. “Mozart’s music is so pure and beautiful that I see it as a reflection of the inner beauty of the universe.” A study by the UK’s Daily Mail says people who listen to Mozart increased activity in the brain’s area that is linked to memory.

Happiness, efficiency, productivity levels rise with classical music, and depression and stress levels fall. Scientists note classical music’s tempo is similar to the human heart beat and a Daily Mail study of pregnant women found that heart rhythm may be an important factor in why classical music relieves stress during pregnancy, and is recommended listening for the fetus.

The National Institutes of Health found classical music increases the level of dopamine secretion and that activates the brain’s reward and pleasure center. Science Daily in 2009 reported the University of Maryland’s experience with Baroque music; it particularly improved radiologists’ efficiency and accuracy. Likewise, a 1974 study in sciencedirect.com indicates classical music works on depression better than doughnuts (sugar). Specifically, a dose of Mozart may lift the green meanies.

Einstein wouldn’t have recommended an hour with Wagner, however. While Einstein admired Wagner’s inventiveness, he said “his musical personality is indescribably offensive.”

Classical music is not guaranteed to increase your IQ score but there are sound anecdotal and scientific reports that compositions by the classical masters may put your brain waves in a happier place to think new ideas to innovate concepts and products. That is a powerful recommendation to take in a Sunday afternoon concert. QCBN