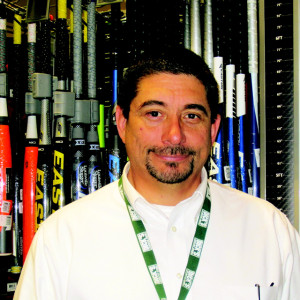 With the opening of one of the country’s most popular sporting goods retail chains,

Specializing in a comprehensive array of sporting goods, athletic apparel and shoes, fitness equipment and bicycles, the store is part of one of the largest sporting goods retailers in the world, with more than 535 stores operating in 42 states.

“It is thrilling to celebrate the opening of a Dick’s Sporting Goods store in our community, representing the seventh store location in Arizona,” said President and CEO of the Prescott Valley Chamber of Commerce Marnie Uhl. “This provides a major economic boost to our area since 50 full- and part-time employees will work at the store, in addition to the retail sales tax generated.”

“The Prescott area represents a growing marketplace with a great customer base particularly in organized youth athletics and outdoors sports enthusiasts,” said Community Marketing Manager Philip Birkbeck. “But our objective is to serve the sporting goods and equipment needs of athletes in the entire local community.”

Birkbeck explained that local athletic participation at the youth level – ages three to 14 – is particularly strong in major team sports including baseball, football, basketball and soccer. Additionally, hunting, fishing, camping, and mountain and hybrid bicycling are popular in the area.

Prior to the opening of the Prescott Valley location, the closest Dick’s Sporting Goods store was in north Phoenix. Other Arizona locations include Glendale, Tempe, Mesa, Gilbert and Oro Valley.

A quintessential American success story, Dick’s Sporting Goods traces it modest beginnings to a bait and tackle supply store started by 18-year-old Richard “Dick” Stack in Binghamton, N.Y., in 1948. Within several years, the product line was expanded to include more sporting gear and a second store was opened in nearby Vestal, N.Y.

The Prescott Valley location represents the 537th store opening in the United States. The $5 billion industry, headquartered near Pittsburgh, has 25,000 employees nationwide. Store locations are primarily in the eastern states but include multiple store locations in California, Oregon, Arizona and Texas.