You are here: Home / Local News / Dogs May Suffer as Owners Return to Busy Lives 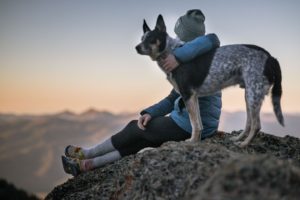 Stress and anxiety are common conditions for animals housed in shelters.

The more than 15 months of the COVID-19 saga have brought many changes for pets, some favorable and others sad, such as becoming homeless when a family had to move because of an eviction after jobs and income were lost.

Jennifer Brehler, executive director of the Humane Society of Sedona, said one of the bright spots early on was a “significant increase” in the number of people stepping up to both foster and adopt shelter animals and “coming forward to help homeless animals in general and to open up space at shelters for other animals in need.”

In fact, by some accounts, a record number of pets were adopted during COVID.

“We had such a successful year last year,” Brehler noted. “They [pet owners] had more time to devote and spend with their animals, so they weren’t looking at surrendering pets.”

But, the story may be changing as pandemic restrictions are lifted across the country and family members who are suddenly busy outside the home again may see pets as too daunting to maintain. This includes cute COVID puppies that have grown up.

For some unsuspecting pets, the “Welcome” mat may be abruptly pulled off the doorstep.

“We have seen an increase in owner surrender for sure, but I’m not sure if it is directly related to dogs being adopted during COVID – it’s hard to say,” said Julie Tasch, the shelter manager at High Country Humane in Doney Park near Flagstaff. “People have said they have had to surrender due to financial hardship during COVID. People lose their jobs or are not able to find work. It seems like a dramatic increase.”

High Country Humane is located in the former home of the Second Chance Center for Animals on North U.S. Highway 89, which closed in 2017 because of financial difficulties. Today, the shelter has about 338 animals in the system, but many of them are in foster homes outside the facility, she added.

“I do think we get told reasons for why they surrender,” Tasch said. “It seems to be across the board – either they’re moving, or behavioral challenges, or financial challenges. A lot of our animals have come off the reservation, with the reservation being closed for so long because of COVID. That could play into that as well.”

But, the actual picture on pet adoption and surrender is unclear, and statistics vary widely nationwide.

“Does the data actually show that, or is it anecdotal?” Brehler asked. “I’m not sure if there are more surrenders or not. I know that there have been a lot of articles; it’s a little controversial. In Sedona, we’re not seeing a significant increase. What we are hearing from other shelters is that they are inundated by owner surrenders.”

She said areas farther south, like Phoenix and Maricopa, have “expressed having a lot of animals currently. Across the county, I know it’s been a big topic of discussion.” She added, “2019 was a more comparable year, with numbers similar to now, rather than in last May or June.”

Sedona may be a bit different in its shelter scene than other communities because of demographics, she said, “with more retirees who are not necessarily going back to work,” as well as people who live elsewhere and commute to Sedona to work.

Many shelters have software companies to tabulate their figures, Brehler said.   There are only national estimates of statistics for the animal protection movement and “the figures may vary from state to state,” according to the American Society for the Prevention of Cruelty to Animals (ASPCA).

Stress and anxiety are common conditions for animals housed in shelters.

“With anxiety, we do everything we can to keep things stress-free here, but it’s still a shelter environment,” Tasch said about High Country Humane. “It’s definitely more stressful that being in a home.”

Some animals handle the shelter experience better than others.

“Owner surrenders seem to have a harder time adjusting than strays,” she said. “They’re used to routine and home, compared to strays. For strays, this can be a step up for them, with food and a warm bed. It’s a comfort for them sometimes.”

Concern about separation anxiety in animals is not new to many shelters, trainers and behaviorists.“We have seen this happen in the past with a smaller percentage of dogs when families return to school and longer work days after summer vacation,” Brehler said in earlier news reports. “Given the extended timeframe of the pandemic, there is reason to worry.”

“With the employment issue, going back to work, dogs are harder to manage than cats,” she added. “Cats are more forgiving of us leaving them at home. They use the litter box.”

A late-May press release from Assisi Animal Health, a company with headquarters in New York that offers stress-reducing products for pets, such as the Calmer Canine system (featuring a targeted, pulsed electromagnetic field), said, “shelters are reporting a 100% increase in pets surrendered and abandoned post-lockdown.”

It cited sources like the Lucky Dog Rescue service in Dublin, California and a story in The New York Post (May 11, 2021), which warned, “The number of dogs and cats returned to the shelter has doubled over the last few months – and it’s only expected to get worse.”

Ideally, the goal is to rehome or cross-post pets so that they can be placed in a new home quickly.

“It’s a sad situation,” Brehler said. “Anytime an animal is coming to a shelter, of course we’d prefer that they be in a nice home instead.”

During the COVID crisis, “so many of us in the shelter world worked outside the shelter” to provide “tips and support and helping owners find a new owner,” so the pet travels from “home to home,” rather than “home, to shelter, to home,” and “We’re continuing that as we can.”

Rehoming is also a big focus at High Country Humane.

“We work with owners in every way we can to keep their dogs and cats in the home,” Tasch explained. “We have a food bank, low-cost vaccinations and a spay-neuter clinic. We try to rehome their pets, rather than bringing them into us.”

Unfortunately, when people are no longer working from home, there is a higher likelihood they are going to turn their pets in to a shelter.

“Whether there are more animals or not being surrendered, anytime an animal loses a home, it’s tragic,” Brehler concluded. QCBN