You are here: Home / Columnists / Encouraging All to Save for Retirement 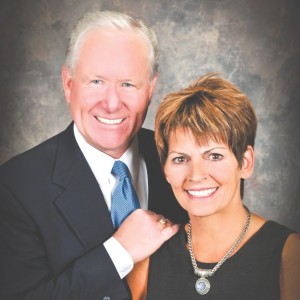 More people are saving more money for retirement than they have in the past few decades, according to a recent report from the U.S. Government Accountability Office. That’s great news!

Now, for the not-so-great news. The report, titled “Retirement Security: Income and Wealth Disparities Continue through Old Age,” found that there’s still a lot of ground to cover to get retirement savings where they may need to be.

The report found that 30 years ago, in 1989, about 4% of low-income households and up to 65% of high-income households had set aside money in a retirement account. Those percentages increased to 11% and 86% of households, respectively, in 2016.

The report largely credits that increase in the number of people who are saving to more employers offering defined contribution plans. These include the tax-code-numbered plans that you are likely familiar with, like 401(k)s and 403(b)s. Another process that gets credit for the increase, according to the report, is that more employers are automatically enrolling their employees in their employer-sponsored defined contribution plan.

In 2018, Vanguard reported that 48% of their plans had an automatic enrollment option. In many cases, automatic enrollment applied to new hires only at first, but many plans have been expanded to include existing employees. This helps frame the decision to enroll for the employee as an opt-out rather than an opt-in.

And, it’s not just that more people are saving. More people are saving more. That’s thanks in part to the fact that enrollment is not the only automatic feature of many employer-sponsored defined contribution plans. Most of these plans – 66% – also have automatic annual deferral rate increases. These increases in contributions can help employees automatically adjust for potential inflation and save just a bit more each year.

While these are encouraging statistics, the number of low-income households that are saving for retirement has not returned to level seen before the 2007-to-2009 recession. In 2007, 16% of households in the low-income category had some kind of retirement account.

Even with many individuals participating, the report cites that a significant amount of those who are eligible for these types of plans fail to participate. Those who decline to participate are missing out on another potentially valuable opportunity: employer matching contributions. A third of all plans provided both matching and nonmatching employer contributions. These contributions can help increase the balance of a retirement account.

So, the good news is that more Americans are opening retirement savings accounts. If you’re one of them, you are doing the right thing to help prepare to have income in retirement.

If you’re not, there’s still time. If you have access to a defined contribution plan that you aren’t utilizing, it’s better to put something away than nothing. And, that’s only one option of many that can help you prepare for retirement.

Contact American Financial Investments, LLC today to get started on a strategy that can help take you to retirement and beyond. QCBN