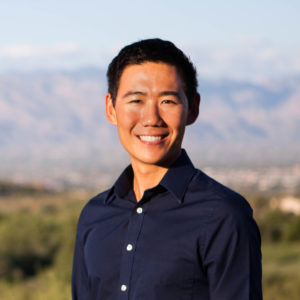 Katalyst Space Technologies, a modular satellite design and build company, has set down at Moonshot at NACET in Flagstaff. The tech company’s founder, Ghonhee Lee, reported that the benefits of Moonshot and the Flagstaff lifestyle, coupled with the city’s incentive program, helped them choose Flagstaff as a home base.

“Together, the pull from Moonshot and the city’s incentive helped us make the decision,” said Lee in an exclusive Quad Cities Business News interview.

At the end of this month, Katalyst Space Technologies will bring nine employees – four interns and five full-time people. The tech company plans to create more than 30 new jobs in the next three years. “We’re coming from Prescott and all over the country – Indiana, Florida – we’re very excited to be in Flagstaff, but we have some big challenges, like doubling our staff every year. We want to draw from local talent, but we’ll need to bring in people with very specific skills.”

The company does research and development around the manufacture and assembly of spacecraft components in low-Earth orbit. “OSAM [On-orbit Servicing, Assembly and Manufacturing] is an umbrella term for what we are doing,” said Lee. “Our satellites are designed to plug and play, mix and match with components that robotics can change over time.” Currently, they are working on prototypes on the ground. Their target timeframe to get things into the air is 2024-25.

As part of one of the key industries identified by the City of Flagstaff, Katalyst Space Technologies fit a criterion for the Job Creation Incentive, said Fitchett. The key industries targeted by the city to incentivize are:

When Katalyst Space Technologies began forming in late 2019, they considered other cities such as the geo-space hubs of Seattle, Los Angeles, Washington, D.C., and Colorado’s Front Range.

“We wanted to start this company and push boundaries in this industry, but it [the startup] coincided with the unraveling of the COVID pandemic,” said Lee, who launched the company in 2020. “The pandemic made it hard to begin networking in other cities – to meet the right people.”

Lee studied at Embry-Riddle Aeronautical University and in Northern Arizona since 2013, with a couple of years’ hiatus to work at Raytheon in Tucson. “We all have a strong connection to the area. We went to a Moonshot event right before the pandemic. The subject – intellectual property – caught our attention.”

At the Flagstaff event, Lee says they discovered that “these are folks we’d like to explore continuing to work with.” Since then, Moonshot at NACET has helped Katalyst Space Technologies with mentorship and guidance in securing capital.

To qualify for the Job Creation Incentive, Katalyst Space Technologies had to locate their business within the Flagstaff city limits. That wasn’t difficult because, in addition to education, mentorship and facilitation with connections to capital, the incubator and accelerator at Moonshot provided affordable office rental space.

Fitchett outlined that another criterion for the Job Creation Incentive is that the company must create a minimum of 10 new permanent full-time jobs within the first 12 months that pay above the Coconino County median wage of $20.04 per hour.

“The lifestyle that Flagstaff offers makes it an awesome place to be,” said Lee, who said that they are working with the U.S. Air Force to mitigate threats from collisions with space debris. “Academic research projects at NAU are a good opportunity for future collaboration. The USGS’s earth imaging and Lowell’s scientific mission could benefit from the tech we’re developing.”

“We’re excited to see what Ghonhee and his team will do here in Flagstaff,” Fitchett concluded. QCBN

View the City of Flagstaff Economic Development Program and incentive programs at ChooseFlagstaff.com.