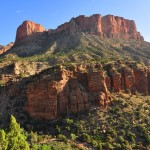 “I was thrilled to learn that the FAA has allowed additional quiet flights over the Grand Canyon. This commonsense decision will create good-paying jobs and boost economic activity in an extremely rural area.

“By recognizing quiet flight technology improvements, the FAA has given us an example of a federal agency using evidence-based decision-making. Now, more of Arizona’s visitors get to experience the beauty of this natural treasure through unique aerial tours. As a result of the FAA’s decision, we are accomplishing two important goals: keeping noise in the Canyon to a minimum while growing this critical sector of our economy.”

Rep. Gosar played a critical role in the FAA’s decision to allow additional quiet flights at Grand Canyon National Park because his bill was enacted into law.

Prior to this legislative victory, Rep. Gosar raised awareness of this issue through a series of letters, including:

In March 2012, Rep. Gosar and five of his colleagues sent a bipartisan letter to then Secretary of Interior Salazar containing comments and a series of specific questions about the future of aerial tours and natural quiet technology at the park.