You are here: Home / Columnists / Habits for Success 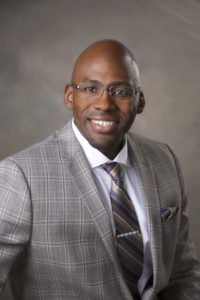 The habits you keep can, to some extent, determine whether you’ll be successful or not. The good news is there’s a science to developing good habits. It’s called the Habit Loop, and according to Charles Duhigg, author of “The Power of Habit,” it is a neurological loop that governs repetitive behavior.

There are three elements to this Habit Loop: cue, routine and reward. The cue is the trigger for the habit, the routine is the behavior that reinforces the habit, and the reward is what makes the habit worthwhile. So, for instance, let’s take the habit of taking the stairs instead of the elevator.

The cue might be an emotional state of envy caused by seeing your close friend suddenly get fitter and more attractive. This causes you to start taking the stairs more (routine). With each routine comes the reward – in this case, the pat on the back you give yourself for getting more in shape. In a nutshell, that’s how some people develop habits that lead to success.

Take a bunch of successful people, analyze their habits, and you’ll start to see a few trends. Below, you’ll find some of the more common ones.

Waking Up Early Successful people understand too well that early birds catch more worms – they practice it, and it pays off. Take, for instance, Michelle Obama, the former first lady of the U.S. She reportedly starts her day as early as 4:30 a.m. Generally, when you wake up earlier, you have more time to plan for your day, which gives you more control over your life and the confidence to achieve new goals.

Reading Considering that books are regarded as distilled forms of knowledge, it’s not surprising that successful people have a habit of reading. For instance, Bill Gates – at one point the richest man in the world – reads 50 books a year. Therefore, whether you read for pleasure or to educate yourself, the path to self-improvement is lined with books.

Exercising Exercise is not only key to a healthier life, but it can also be crucial to success. According to Mark Zuckerberg, the young billionaire internet entrepreneur, exercising at least three times a week keeps him fit and gives him the energy to do what he does best. Additionally, whether you’re jogging, walking or doing Pilates, staying in shape boosts mental clarity and keeps you motivated.

Meditation Most people associate meditation with yogis or those on a spiritual path. However, it helps if you think of it as a bit of mindfulness. Oprah Winfrey, one of the world’s richest and most influential women, has developed a meditation habit and recommends it to everyone. Typically, meditation requires isolating yourself, preferably in the morning and in a quiet environment, for at least 15 minutes a day. This fosters a heightened sense of awareness that allows you to reflect and process everything happening in your life. You can also use breathing exercises to relax and increase your concentration. As a result, you’ll feel better, calmer and less stressed, all of which allows you to handle life and its challenges in a better way.

Knowing the science behind developing success habits helps to solve the mystery of why other people make it in life. To summarize, first understand how the Habit Loop works – cue, routine, reward. Then, take a look at the everyday habits of successful people and work at developing similar habits. Generally, it takes 21 days for a habit to take hold, so even if you have a few habits lined up for development, know you’ll be on the right track to success sooner rather than later! QCBN

Jamaal McCoy is the general manager of Findlay Auto Group Prescott. He can be reached at 928-443-8300 or jmccoy@findlayauto.com.