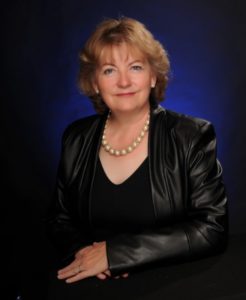 Robin Sobotta has been chosen to serve as director of Prescott Municipal Airport. On loan from Embry-Riddle Aeronautical University, she will serve until the fall of 2019, when she is expected to return from this sabbatical to the school.

“Prescott is such a lovely community and lovely airport,” Sobotta said.

During this time, she hopes to help complete an airport master plan, oversee economic development, determine how to increase air service and take part in the day-to-day operation of the airport.

“Prescott is growing fast. We need to see where the airport has room to grow. It is one of the busiest in the nation. It has three runways and a lot of infrastructure,” she said.

Sobotta says many communities depend on the airport because it is within a 60-minute drive from their homes. The next step for growth, in her view, is to lengthen one of the runways to accommodate larger aircraft, not large commercial aircraft, but smaller regional aircraft.

She said there is strong political and community support for airport improvements.

Sobotta, the founding chair and professor of the ERAU School of Business, has 17 years of experience in airport and aviation experience, including administration, operations and public relations at three commercial and two general aviation airports. She is an accredited airport executive and is considered an expert on not only airports, but unmanned aircraft systems and is a principle investigator on several projects including bioterrorism, defense, explosive and biohazard detection systems.

Sobotta formerly served as a business technical consultant to NASA at the Armstrong Flight Research Center, and she has served on several transportation research board panels.

Sobotta has a doctorate degree in public administration from Arizona State University and an MBA in Aviation from ERAU.

“I love serving the community,” she said. “I just love what I do. To me, the fact I get to work in aviation and academia – I have the best of both worlds. Airports are my passion and I get to bring the next generation on board.”

She believes one of the best ways to become an excellent teacher is to stay connected with the industry and bring back to the classroom current experience about how things are done.

It was not until 1983 that she knew what she wanted to do with her life. “I did an internship at Muskegon County Airport [in Michigan]. I went in as a public information intern. When I left, I had become enamored with the industry.”

Joe Lex worked directly for her for 10 years, but has known her longer than that. He graduated from Embry-Riddle in 1996 and now works for United Airlines. “In any walk of life, there are personal or professional people you admire for their work ethic and dogged pursuit and who want the best for other people. She epitomizes that.”

Lex serves on the industry advisory board. He says one of the major concerns is faculty burnout. “She is always there for the students. It is really rare to be that dialed in and engaged with the students with an open-door policy. She leads by example. She is indefatigable.”

Kathleen Sommer has known Sobotta for 33 years and considers her a good friend. “We worked together for several years and we’ve kept in contact. Our careers went into different places. Robin went into academia and I went to Maricopa County. We served together on the transportation board and the National Academy of Sciences on airport projects.”

Sobotta served on several commissions for the governor of Arizona. One focused on the non-traditional employment for women. “She has also been a good ally and good confidant,” said Sommer. “She has done so much and remains in contact with her former students and personal associates throughout the aerospace industry and different airports.”

Sobotta is married to Tom Roush, a telecommunications engineer. They have two grown children.

What do you do for fun?

“My husband and I play golf. We like to hike and I just love jigsaw puzzles, spending time with my grandchildren and seeing things through their perspective.”

“I have a strong relationship with my mom and I admire her and the women in my industry who broke the glass ceiling.”

As a kid, what did you want to be when you grew up?

“When I was in high school, I played on the golf team. At the time, I thought I would be a professional golfer. The traveling of golf and going to college was too much.”

“My husband and I like to cruise. We have had 11 cruises.”

When was the last time you were star struck?

“It was kind of incredible working at NASA.” QCBN