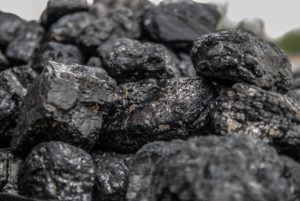 It happened quietly and without a lengthy debate, but the Arizona Corporation Commission’s vote on Sept. 23 to approve a seemingly minor docket item on energy efficiency marked a historic moment, and the commissioners who approved it should be applauded for taking the first steps toward rectifying a long overdue injustice.

In approving the measure, the Commission for the first time ever took official action recognizing that utilities have a responsibility to provide funding and assistance to communities impacted by early power plant closures. Here’s the crucial language: “… as part of its corporate obligations to support a just and equitable transition of communities impacted by early power plant closure …”

“This is an important step in acknowledging that utilities have a responsibility to assist the people and communities, they benefited from for so long,” said Nicole Horseherder, director of the Navajo grassroots group Tó Nizhóni Ání. “Navajo Generating Station closed almost a year ago, and we’re still waiting for the utility owners to step up and provide funding and support, to help rebuild Navajo and Hopi communities that provided them with inexpensive power and water for nearly a half century. We’re grateful that the Commission saw the importance of taking this initial step to make it happen.”

The full text of the amendment approved by the Commission is below. It was introduced by Commissioner Sandra Kennedy and followed a motion in proceedings on Arizona Public Service’s plan for energy efficiency submitted by three grassroots tribal community groups in late August: Tó Nizhóni Ání and Diné CARE, both Navajo community organizations, along with Black Mesa Trust, a Hopi grassroots group.

“This really is historic, and the Commission has our gratitude for taking a first step to confront important issues that are affecting both tribal and non-tribal communities,” said Carol Davis, executive director of the Navajo grassroots organization Diné CARE. “One power plant has already closed, another will close in two years, and in all likelihood, two more that are connected to the Navajo Nation and Hopi Tribe will be shutting down soon. It’s crucial that we take steps now to help our communities transition to sustainable post-coal economies. The utilities can’t be allowed to just lock the gates and walk away anymore.”

Before its closure last November, Navajo Generating Station was the largest coal-burning power plant in the West. It was supposed to operate into the 2040s, but in early 2017, the plant’s owners, including Arizona Public Service, determined it simply wasn’t economic to keep it operating and decided to close it no later than December 2019. Navajo and Hopi communities had less than two years to rebuild their economies, replace tens of millions of dollars in lost tax revenue and deal with the consequences of nearly 1,000 displaced workers from the plant and Kayenta coal mine.

Our groups have been working for many years to ensure that such business decisions do not leave behind the people and communities that made operations at plants like NGS possible. We have participated in and filed numerous comments in proceedings requesting assistance from utilities like APS. Until Wednesday, that had never happened. Nearly a year AFTER the closure of NGS, we are still waiting for APS and its co-owners (Salt River Project, Tucson Electric Power, NV Energy and the U.S. Bureau of Reclamation) to provide even a dime of support to help the tribes’ transition to post-coal economies.

“We hope this is the first of many decisions that will hold utilities accountable for providing our communities with support and funding to move beyond coal,” said Vernon Masayesva, director of Black Mesa Trust and a former chairman of the Hopi Tribe. “Our coal and our water powered growth of cities like Phoenix and Tucson, and it’s long overdue for the companies that profited from that to give back. There is still much work to be done in ensuring a Just and Equitable Transition.”