You are here: Home / Columnists / Is the American Dream Possible? 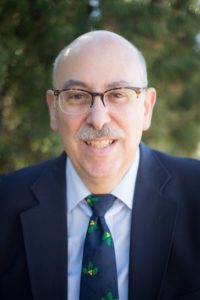 Times may seem tough right now, but things cycle from good to bad to good. So set your goals and implement your plan.

To answer the question: Is the American Dream possible, many will say no, but based on what set of facts? What if I told you it is possible and there are more than 22 million millionaires in the United States? You may be living next door to one and not even know it. Certainly, it may feel impossible to believe this in today’s economic environment.

Let’s dig into this. Currently, inflation is running hot. The price of everything is up. Have you bought gas recently? It’s a sore point with many, as it is up 30 to 40 cents in the last week. In many parts of the country, the cost of gasoline is higher than $4 per gallon.

You might be thinking, “These times are bad and one will never be able to get ahead. The American Dream is dead.”

Certainly, it seems like it. In the words of that famous philosopher Yogi Berra, “It’s déjà vu all over again.”

What is the American Dream?

A Look Back in Time

Some may not remember, or perhaps it was before your time, but way back in the early 1980s, things were a mess. The economy was bad, interest rates were double digits, close to 20%. The American Dream was dead. Or was it? The housing market had collapsed. Inflation was in the double digits. The employment market was tight. But somehow, the American Dream survived. Are we in that same period?

Does it matter? The economy goes in cycles. Some years are good and some years are bad. The common denominator is persistence. It is possible to become a millionaire. There are several factors that millionaires have in common. When you put these factors together, you get a winning formula.

A major study conducted by Ramsey Solutions revealed some interesting data. This study was conducted between November 2017 and January 2018. It polled 10,000 millionaires.

What does a millionaire mean? Simply anyone who has a net worth over $1 million. Net worth is what you own less what you owe.

The journey for many was across 28 years. About 5% did it in 10. 80% of this wealth was built in their 401k, consistently saving for retirement. Few inherited it.

Other interesting data shows that 94% live on less than what they make, spend less than $200 a month on restaurants and use coupons when they shop. Many have gone to college, not necessarily an Ivy League school, but a state college. Most never earn more than $100,000 per year.

What Are the Top Careers of Millionaires?

Once again, the data is interesting. These careers generally attract detail-oriented people. These folks plan and they have a long-term view of the world. They are persistent and in many cases are focused on a goal. Their goals are often written.

Here are the top five careers: engineer, accountant (CPA), teacher, management professional and attorney. Does this list surprise you?

In conclusion, it is possible to become a millionaire even in today’s economic climate. You need a plan and persistence. Times may seem tough right now, but things cycle from good to bad to good. So set your goals and implement your plan.

Here is a link to the Ramsey Solutions Study: https://cdn.ramseysolutions.net/media/company

You work hard for your money, make sure it stays your money!

Thanks for reading, I hope you found this helpful. QCBN

Steven Calabrese, CPA, is the CFO of Polara Health. He also is the owner/operator of a website known as thebiweeklyadvisor.com, where topics such as budgeting, investing, paying off debt and goal setting are discussed.