You are here: Home / Columnists / Learning About CoQ10 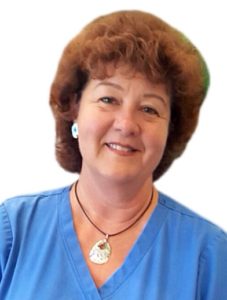 CoQ10 is an abbreviation for Ubiquinone, or Coenzyme Q-10, which is in most cells of the human body. (A co enzyme assists other enzymes in doing their jobs.)

The Q refers to the quinone chemical group and the 10 refers to the number of isoprenyl chemical sub-units in the tail of the molecule. This is the way chemistry is usually written so that a chemist can quickly understand the chemical structure just by the name. For the non-chemist, this is just too laborious and doesn’t mean anything, so thank goodness for easy abbreviations!

Almost all human cells make their own Ubiquinone and convert it into Ubiquinol, the antioxidant form, then use it to help produce energy and to defuse free radical damage. As long as each cell makes enough, there is plenty of cellular energy and the damage from toxins and radiation are handled by the healthy body.

As aging happens, our ability to make ample CoQ10 decreases. This seems to start happening at about age 20. It’s theorized that this may be one of the causes of aging and possibly death from aging. There certainly have been many links to decreased amounts of CoQ10 and disease, especially cardiovascular, neurological and muscular pain disorders.

Medications also play a huge role in the decrease of CoQ10. Statin drugs (medications that lower cholesterol), blood thinners, many hypertensive medications, pain relievers and chemotherapy agents all have been found to lower the ability of your cells to make enough of their own CoQ10. This decrease in CoQ10 is a probable cause for many of the side effects of medications, like fatigue, muscle pain and rapid aging.

Most supplements contain Ubiquinone and are fairly cost effective. However, as we age or take medications, the body’s ability to convert it to the antioxidant form of Ubiquinol greatly decreases. Ubiquinol supplements are available, but they tend to be more expensive and you need to read the label to determine the form. Both Ubiquinone and Ubiquinol are fat-soluble and absorb best if taken with food.

Why Take a CoQ10 Supplement?

Recent cardiovascular studies have found that CoQ10 supplements can significantly increase your good levels of cholesterol (HDL and Apo a1), even in people already taking statin drugs. This is linked with decreased cardiovascular disease.

Supplemental CoQ10 has also been found to lower inflammatory markers in the blood (C-reactive protein), which greatly reduces the risk of cardiovascular disease. Low levels of CoQ10 have also been associated with greater tissue damage during a heart attack and greater brain cell destruction during a stroke.

Up to 25 percent of patients being treated with statin drugs experience the terrible side effects of muscle aches, pain and weakness while taking them. Studies have found that up to 75 percent of statin users with muscle symptoms reported a decrease in pain after taking CoQ10 twice a day for only 30 days. The researchers concluded that combining statin therapy with CoQ10 supplements can lead to a higher compliance with treatment.

CoQ10 was hailed as the first new drug to improve heart failure mortality after a randomized study of 420 patients found that taking it reduced deaths in patients with severe heart failure by half compared to a control group. The researchers track the patients for two years. The study was presented at the Heart Failure Congress in 2013 and later published in the JACC Journal Heart Failure. Patients who receive CoQ10 soon after a heart attack had a much lower rate of subsequent heart events over the next year.

Researchers have found that CoQ10 has the potential to lower systolic blood pressure (the top number) by about 17 points and the diastolic pressure by 10 points without significant side effects.

Studies have found that a dose of CoQ10 below 100 mg is not very effective regarding any of the issues listed above. Studies done post heart attack have shown that upwards of 500-800 mg may be most helpful.

Consult your physician for the proper dose for you and your health concerns. Also, take CoQ10 with a meal, as it is fat-soluble.

Here’s to your healthy heart! QCBN

Partners in Health Care, Naturally also sends out a free weekly email newsletter with useful health tips and information; if you would like to receive it, just drop us an email at message4partners@gmail.com. Back issues available on our website under Forms and Info: prescottnaturopathicdoctors.com.