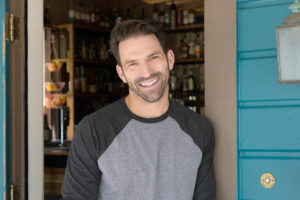 Tacos and tequila are coming to downtown Prescott, all under one roof. La Planchada, the city’s newest taqueria, is set to open sometime this month, with plans to offer patrons fresh, delicious food at a reasonable cost. The cozy downtown restaurant is located at 217 W. Gurley Street. The space was previously occupied by John’s Chophouse.

Handmade tortillas and freshly squeezed limes will be staples of the restaurant, which promotes quick, efficient counter service with a casual atmosphere. About 100 varieties of tequila and agave-based spirits will be available.

The restaurant’s food menu is simple.

Reeves owns five area restaurants, including Rosa’s Pizzeria and the Barley Hound, a gastropub near downtown Prescott. La Planchada was named after a story in Mexican folklore about a ghostly nurse who uses her powers to heal sick patients. The Mexican food establishment marks the second restaurant of its kind that he owns in the area. He also owns Taco Don’s, which has been open in Prescott for decades.

The restaurateur moved from Los Angeles to Prescott about seven years ago and he decided to make the area his home. In L.A., he was in charge of 12 bars and restaurants, gaining much-needed experience to take the helm of local businesses. About six years ago, he bought a closed restaurant and turned it into what is now the Barley Hound.

“Once I decided that this was going to be my career, I always wanted to have my own place,” Reeves said. “I just didn’t know how it was going to come to fruition.”

His career choice didn’t happen overnight. He went from busboy and server to bartender and bar manager; from regional manager to director of operations.

“I look back and I remember being 16 and getting these little envelopes with tips, right?” Reeves said. “That satisfaction of making that cash that night, I didn’t know at the time, kind of hooked me. When I was 16, I didn’t think this is my career, you know? Everything else I did throughout the years, I always came back to the hospitality business.”

The Michigan native said he believes hard work and dedication doesn’t mean working 100 hours a week. He said he doesn’t think overworking himself is a good plan for the long haul.

“It’s not sustainable,” Reeves said. ”I don’t care who you ask. People say they work seven days a week. I mean, I’m always ‘working’ in quotes, you know? I always got burned out. I tried many different times. Whether it’s bartending six days or seven days a week, I could always do it for a couple of weeks, maybe a couple of months, but you always end up hating your life.”

Reeves said he is excited to offer tacos and tequila directly behind Prescott’s Whiskey Row. The restaurant’s patio leads to Whiskey Row Alley, an area business owners are hoping becomes a huge draw. The north entrance is located across from the back of the Hotel St. Michael and features a mural on the side of La Planchada that reads “Welcome to Prescott” and shows different activities the city has to offer.

He said the patio likely will have an order/pickup counter for patrons. “There’s going to be string lights. It’s going to be beautifully lit,” Reeves said. “We are trying to activate this space as this cool kind of place.”

The property caught his attention “for a long time” because of the close proximity to downtown. “This place has had people eating and drinking and having fun for 30 years,” he said.

Reeves recently announced the opening of another new restaurant, the County Seat, a mercantile store and restaurant across from the Yavapai County Courthouse. QCBN