You are here: Home / Columnists / Looking Ahead to a Prosperous New Year 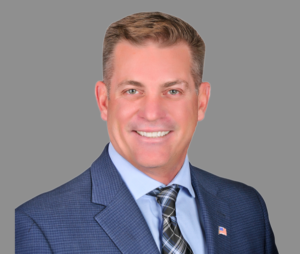 All indicators point to another productive and prosperous year in 2019 in our city and region. There are several key issues that the Prescott City Council will be taking up in the first quarter.

Because of your dedicated support, Prescott Regional Airport had just over 10,000 enplanements in 2018. This makes available $1 million dollars in federal funding for capital projects at the airport. It will also put Prescott in good position for additional grants from the federal government. We hope to have a groundbreaking ceremony on a new terminal in September, and expect 25,000 enplanements in 2019. Thank you for your support of United Express flights to Los Angeles and Denver.

One of the most exciting projects expected to begin in 2019 will be the Hilton Garden hotel project at Montezuma and Sheldon Street. As you may know, this will be built on a currently vacant city parking lot, and will positively impact Granite Creek Park, the historic Sam Hill Warehouse, the railroad trestle and the former APS utility yard. We feel this will be a catalyst project, with the opportunity to lead the way to revitalizing the Granite Creek Corridor. In fact, the city just received a $79,000 grant to cover the cost of a master plan for the area.

It’s no surprise that the city has been in extensive conversations with Arizona Eco Development to come up with an annexation agreement that conserves as much of our beloved Granite Dells as possible, while still allowing the property owner to exercise his private property rights. There have been some concerns about how long this process is taking. Let me assure you that the time we have taken is a good thing. This is a very complex and important development. The city and Arizona Eco want to do this right the first time, and present council with the best plan for Prescott. We hope to see this come forward in the first quarter of the year.

City staff, lead by City Manager Michael Lamar, has asked the council to take a new look at how the City of Prescott uses and conserves water. To that end, the city has hired a consultant to review the water portfolio, past water usage and projections for the future. Findings will be presented to the council within the next month and we think that citizens will be surprised with some of the results.

The Public Service Pension Retirement System (PSPRS) just provided the annual actuarial valuation for the city’s pension trusts, and it is good news for Prescott. Since the Prop 443 0.75 cent sales tax went into effect last January, Prescott has contributed more than $17 million to pay down our unfunded liability during the period of the actuarial valuation. This is in addition to the Annual Required Contribution (ARC), which comes from operating funds (General Fund). Prescott’s liability is funded at nearly 50 percent, up from around 30 percent a year ago. The council’s goal is 100 percent fully funded by June 30, 2028.

On behalf of my fellow City Council members, the entire City of Prescott staff, and my family, I would like to wish you a Happy New Year! QCBN

Greg Mengarelli is the mayor of Prescott.