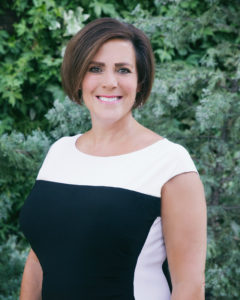 Closing in on her second anniversary as Yavapai College (YC) president in February, Lisa Rhine shared the major philosophical shift the college is taking.

“We have a new view of how post-secondary education should be structured to meet personal and societal needs,” she said. “We’re putting that vision into place at Yavapai College. Classes and curricula now fit students’ needs instead of making students fit academic policies based on centuries-old tradition.”

YC’s mission is providing students with an education they want and need to enter the job market and find a meaningful career.

“When I first came on campus two years ago, I did a listening tour for the first six to nine months. I tried to meet every person on campus – employees and student groups. I spent time listening and trying to figure out what themes emerged. What I discovered is that we are an institution that serves students, but we weren’t as strong as we should be in relationships that support one another. I knew if we didn’t get those relationships right, we weren’t going to reach the goals we needed to reach to be successful.”

Rhine says she and her administrative team adopted the concept of the “YC Way: relationship excellence, learning excellence and service excellence.”

It paid off. Despite the impact of COVID-19, summer student headcount was up 30%. YC was the only community college in Arizona that experienced an increase in enrollment.

A second major change was the introduction of new academic offerings, including trades programs, transfer degrees and lifelong learning courses. Those include new partnerships with Northern Arizona University (NAU) in education programs and a collaboration with Embry-Riddle Aeronautical University (ERAU) in cyber-tech programs.

One unique new program involves the 3D printing and construction of homes. The college purchased two different commercial printers. A small machine, used for training, will print smaller houses of about 900 square feet. The big printer is capable of printing homes up to 2,000 square feet. “What’s remarkable is that the printer can do a complete home in about a month, as opposed to traditional construction, which can take several months,” said Rhine. “In this area, that size home can cost from $400,000 to $600,000 and more. We can do it for between $90,000 and $120,000. We’re the first community college in the nation to have that program. I can’t wait until we get a demo house set up.”

Other curricular changes involve bringing a skilled trades center to the Verde Valley campus, which will provide certificate programs for electricians, plumbers, heating, ventilation and air conditioning technicians, and others.

These changes are the result of the meetings Rhine and her team conducted in the community to understand the greatest needs for residents and employers.

“We are so fortunate to have Lisa as president,” said YC Governing Board Chair Deb McCasland. “Her commitment to student success is evident.”

Yavapai College has two main campuses – one in Prescott and one in the Verde Valley – and four centers: Career and Technical Center, Chino Valley Center, Prescott Valley Center and Sedona Center.

Rhine, a Brooklyn, New York native, spent most of her younger life in Ohio. She earned her bachelor’s degree in 1988 from Wright State University and her master’s in 1991 from the University of Dayton. She met her husband of 24 years, James “Jim” Rhine when they were working at Sinclair Community College. They married in 1996. With degrees in mathematics, he is currently teaching at Prescott High School.

Rhine earned her doctorate in education administration in 2004 at Capella University in Minneapolis.

The Rhines have two adult sons. Alex, 23, is completing an associate degree at YC and planning to transfer to NAU. Ben, 21, is a junior at Virginia Tech where he’s majoring in building construction.

I am grateful for

I couldn’t have been more blessed. This college has so many intelligent and talented faculty, staff and students.

Something new learned since moving to Arizona

I was nominated to dance in the Dancing with the Stars fundraiser last year. Jim and I signed up for dance lessons. We now do Latin dances – the bachata and salsa – and love it.

What I do in my spare time

I make time for family. For 24 years, I have made it a practice to prepare dinner at home six nights a week. Family is important.

I prepare a large dinner on Christmas Eve and then we attend midnight mass. We share gratitude for the year gone by and our hope for the year to come.

Making the move to Prescott after living in major urban centers

I want Prescott to be my forever home. I hope it’s my last stop on the higher ed train. I’m trying to develop relationships I know are going to be long-term because I don’t plan to go anywhere. I’ve been given an exceptional opportunity. You know, we are genuinely grateful to be here. We’re in awe of the beauty and friendliness of the community. There’s no place I’d rather be. QCBN