You are here: Home / Business / Mental Toughness Finds a Way Out of the Jungle 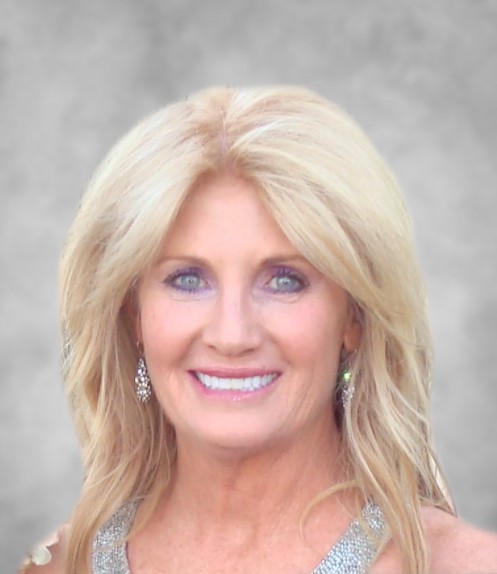 For 17 days, she ate leaves and berries and slept in dens made by wild boars.

If Maui were a woman, she would look like Amanda Eller. At a lean 5’7 and donning a long, breezy, tangerine-colored dress, Amanda seemed to float, not walk, down the main street of Makawao. Her delicate golden leaf earrings dangled and shimmered against her long smooth, shiny, dark brown hair. Tan, fit and self-assured, Amanda is a calm, poised vision of tropical health. If there is such a thing as an old soul, that would be Amanda, wise, yet youthful. From my perspective, she is the human essence of the Aloha Spirit, embodying the island’s gentleness, beauty and strength.

As I was locking the bike that my husband and I bought for $100 from a surfer named Chad, I could not help but notice Amanda’s natural elegance as she ascended the stairs next to me. Moments later, I realized she was the doctor of physical therapy that I had pedaled through the upcountry to see. Could this island goddess coax my limping, misaligned, banged-up body into something that moved like hers? I was more than eager to adopt that fantasy.

As I lay on her table and gave her my best self-diagnosis of injured discs, sciatica, torn ligaments and a sprained ankle, she methodically worked on my bruised muscles, misbehaving fascia and screaming trigger points. We talked about Maui as an island that calls to you. We discussed jobs, spirituality and gentle places to ease back into an active lifestyle: like hiking the Kahakapao Loop at the Makawao Forest Reserve for a short journey into the cool rainforest; and exercising at Baby Beach, a shallow cove protected by reefs from the wild North Shore waves but with such a strong current that you can actually swim in place – and people like to bring their babies there, both human and canine. She also talked about some special waterfalls on the Road to Hana that most visitors don’t know about.

Between outdoor adventures during my stay, I would limp back to Amanda’s office and limp a little less when I left.

Six months later and back in Arizona, I was half-listening to the morning news when I heard the words “Maui,” “yoga instructor” and “missing.” With a sick knot forming in my stomach, I looked to the television screen to see Amanda’s serene image, with the same delicate golden leaf earrings. I learned her car was at a trailhead, her keys were stashed under one of the tires and Amanda was nowhere to be found.

Extraordinary search efforts were organized, first by the state and later extended by her friends and family. Funds were raised, vigils were held, helicopter pilots flew and search dogs aided ground efforts. But still, no sign of Amanda. Upon immediately reaching out to her yoga community, one of her friends told me she was the strongest person she knew, “physically and spiritually.” Totally believable.

In the long days ahead, I couldn’t stop obsessing about where she could be. My constant concern crept into my dreams where I felt as though I was running through the thick Maui jungle passing broad giant leaves that seemed to be deliberately positioned to catch raindrops. Except when I looked down, those weren’t my legs, they were longer, leaner, darker. If you believe we’re all connected on some level, you’ll understand why I believed Amanda was out there somewhere, swallowed up by the lush vegetation.

Seventeen days after she vanished, a helicopter pilot spotted her, wildly waving from the top of a dangerously tall waterfall. Dehydrated, she cried dry tears of joy when she realized her rescuers had arrived. For 17 days, she ate leaves and berries and slept in dens made by wild boars. She had lost her shoes in a flash flood and dropped at least 20 pounds from her already slender frame. She had set out for a short jog and meditation in the trees on an ordinary Wednesday, her day off, in May with no hat, no sunscreen, no water, no phone. As she ceaselessly worked to find her way back, she had fallen, injured a knee and had raging infections spreading on her shins. In a news conference, Amanda expressed her gratitude to the community that never gave up. She was shocked to learn she had become national news. And many believe finding her alive was a miracle. I would say that miracle had a lot to work with: Amanda’s mental strength.

Solve problems. Amanda knew she needed food, water and shelter. Obtaining those necessities was where her energy went.

Tolerate discomfort. Instead of grieving about the bed she didn’t have, Amanda was grateful to find plants trampled and patted down by animals where she could rest.

Accept responsibility and learn from their mistakes. Amanda was the first to acknowledge that she had set off that Saturday morning unprepared and without informing anyone.

Believe in a higher power. There were times when Amanda questioned why she was being put through such anguish, but found comfort in an inner voice that assured her that she was not being punished.

Keep their goals in front of them. Amanda’s goals have long been to offer healing. Even through her ordeal, she thought there might be something she could learn that would help others. She forced herself to think about what benefits could be derived from the experience and pushed her mind beyond her current predicament.

Have a strong network. Amanda was shocked to know how many people were committed to her safe rescue.

Strive for balance. Amanda’s lifestyle choices of exercise, meditation, a healthy diet, attention to rest, a peaceful community and time spent in nature no doubt kept her mind and body strong and provided knowledge about the natural environment, which I believe were critical factors to her survival.

Maintain hope. Mentally tough people don’t allow negative thoughts to overwhelm them or get distracted by pain from the past or worries about the future.

Assert power over what they can control and believe they can influence the outcome. Every day that Amanda was lost, she knew she had a decision to make – keep going or give up. She continued to side with life, even after a discouraging Day 14, when she realized she was invisible to search helicopters flying over her. “As the sun starts to go down, you’re like, ‘Okay another night alone. How am I gonna stay warm? How am I gonna stay alive?’” she said in a news conference shortly after her rescue. “And it was a very loud clear message that I received that said, ‘If you want to say ‘no’ and you want to sit on that rock, you’re gonna die. So, you have a choice to make. You can sit on that rock and you can die, and you can say ‘mercy’ and you can feel pitiful for yourself and play victim, or you can start walking down that waterfall and choose life.’ It was a pivotal time in my life where I had to choose life. Every single step was, ‘I choose life.’”

It has been nearly two years since Amanda was lost in the jungle. She has spent some time away from the island, processing her journey. Today, she is back in Maui, healing others and drawing from a deeper well of wisdom.

“As a ‘side effect’ of my experience in the wilderness, my intuitive abilities popped open. This has allowed me to offer healing at a much deeper level than before by easily honing in and addressing the root of the problem,” she told me. “I also offer Transformational Healing and Empowerment Coaching sessions, which give my clients the opportunity to step into their own intuitive capabilities and wisdom thereby assisting them in navigating life’s challenges.” QCBN