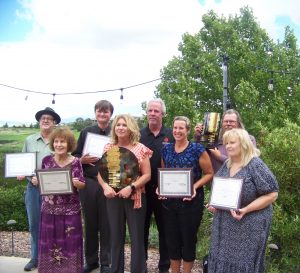 Almost 60 people from across the county gathered at the Prescott Lakes Golf Course Club House at 311 E. Smoke Tree.

Praised by Mary Mallory, chair of the Yavapai County Board of Supervisors (BOS), as “going above and beyond the ordinary bounds of leadership in serving the greater community,” several Yavapai County leaders were accorded high recognition during the 2022 annual luncheon meeting of  “Arizona Work” in Yavapai County.

Almost 60 people from across the county gathered at the Prescott Lakes Golf Course Club House at 311 E. Smoke Tree.

Organized by the Northern Arizona of Council of Governments (NACOG), the program was opened by NACOG Regional Director Teri Drew. Honors were announced in several categories.  Among them were:

Adult Care Services-West Yavapai County was represented by Cynthia Fisher. The organization was recognized for offering meaningful programs to help individuals with memory loss, illnesses and disabilities who live at the Susan J. Rheem Adult Day Care Center and the Margaret T. Morris Adult Day Care Center. The organization was praised because it provides employees with excellent opportunities to increase their wages and advance their careers.

Town of Camp Verde-East County was represented by Julie Kaiser and Crisi Clark. After several years of collaborating with NACOG, the Work Experience/On the Job Training program has become 100% successful in retaining employees. The community received the reward because its clients had moved on to prosperous careers.

The Meadows of Northern Arizona-West County was represented by John London.

Considered an outstanding partner with NACOG, the Meadows of Northern Arizona has consistently assisted its students with accurate and in-depth information about programs and how they best can succeed in their training program. The students who complete the program succeed and find stable employment in health care careers.

June Mann: Prior to working in the United States, Mann had been a nurse in Scotland and teacher in England. Arriving in Arizona in 1990, she taught until the pandemic struck. She then returned to the health care field, where she had more job opportunities and was able to assist people who are at the end of their lifecycle.

John Burien: Burien completed his CNA certification at the Meadows of Northern Arizona a year ago. He has been appointed from temporary Nursing Assistant to CNA and received his CNA title and a significant raise in December 2021. He continues working there and is moving upward.

Jaime Wiltgen: This Prescott resident began her employment at Adult Care Services as an assistant caregiver and then completed an on-the-job training contract. She also attended a training course where she gained her caregiver certificate and was valedictorian of her graduating class. She has now risen to position of assistant team leader.

Rogers Academy of Beauty: This organization has partnered with NACOG by giving students information that will let them complete their education and certification as cosmetologists and aestheticians. Owner Sheri Rogers provides her students with educational opportunities and certifications to the point that in the past year, 13 students benefitted. Ten graduated and seven became employed.

Linda Bolyard: Title 111 Re-Employment Services Supervisor for Yavapai County Linda Bolyard  is credited with recognizing and understanding the partnership benefits of having staff at the Prescott location where staff could identify and shift staff members to accommodate the workload created by the pandemic. She collaborated with others to be ascertained that all critical roles would be filled while the rotation of key staff positions was shifting.

Patrick Ramirez: Ramirez joined the workforce development board in spring 2021 with the Arizona Pipe Trades Apprenticeship. He has assisted with technical and logistical support along the way with new personnel and he is credited with having gone beyond ordinary limits in supporting new personnel in training.

During the program’s closing moment, Supervisor Mallory said she was proud to represent the board in congratulating those who had been recognized for their hard work and dedication and strong contributions to the overall county economy. QCBN 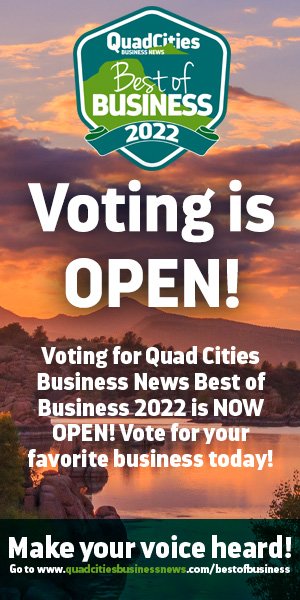