You are here: Home / Local News / Navigating with Purpose 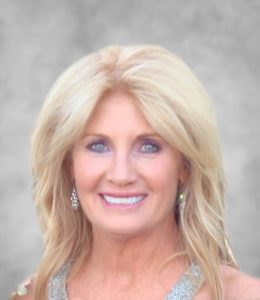 Through her education business, This Earth, she brings students into her world of adventure and exploration.

Lava Falls Rapid is white-water fierce. It is, by far, the most famous and daunting rapid on the mighty Colorado River in the Grand Canyon. It comes up after a nice calm stretch of laid-back, almost complacent, floating. Most wouldn’t even notice the distant spray and subtle splashing up ahead. But Christa Sadler does. With oars thrusting forward, she remains on high alert, reading the river. Within about half a mile of the falls, the passengers in Christa’s raft also will be on high alert as they hear the thundering roar of a massive churning, thrashing, wild river dropping 15 feet or so across a span of 100 yards in just 20 seconds.

Lava Falls is a Class 10 rapid, the highest rating for rapids under the Grand Canyon’s old classification system. Sure, there’s more intimidating and challenging white water to be found in places like Alaska, says Christa, a seasoned river runner and world explorer who has navigated through Lava Falls at least 90 times since she was 23. But for most people, this is the most formidable natural force they will ever want to face.

Christa, a small woman with a fabulous belly laugh and a full-speed-ahead kind of appetite for adventure, has many titles – archaeologist, paleontologist, geologist, educator – but out here, she is Wonder Woman, a river running superhero, and this is her territory.

Whatever your image of a river runner is, Christa is not that. Don’t be looking for someone who hasn’t seen a hairstylist in eons and wearing a stinky t-shirt, stained and streaked by decades of sun and sweat. Keep moving on down the sandy shore because that would not be her. In fact, she says, “This is where I feel beautiful and strong. I wear my favorite skirts and dresses and jewelry – sometimes three or four bracelets.”

Christa is glowing and having a blast. “I will literally be laughing so hard that I can’t row – not in the rapids, because something bad will happen – but just being on the river,” she said. “This is the real world. This is where I feel most alive. This is my church, my home. I get to spend time in the most extraordinary places in the world and I’m never as happy, connected and fulfilled as when I’m outside. There’s nothing more grounding to me than having my feet on the earth or in the water and being surrounded by something that humans didn’t make.”

And for her, time on the river isn’t just about the big-adrenaline moments. “Part of it to me is that life here is reduced down to its essence,” she explained. “It’s very simple – you’re cold, you’re hungry, you’re exhausted – and when you’re with a group of people, it’s a tribal thing. You take care of each other. Other elements take over and you’re participating on nature’s terms.”

Reinvigorating her boatload of new tribal members, Christa cooks for them and serves them and basically trains them to eat like a river runner. One of her most satisfying and substantial meals is her famous Green Curry. With a mixture of boiled-down coconut milk, tofu, chicken, ginger and peppers, she fortifies five to 30 rafters at a time. “It’s really creamy. I make it for spring and fall trips, not in the summer. It’s warm, spicy and heats you up from the inside out.”

Christa pursues a mission of helping to open the eyes, hearts and minds of river rafting guests to the extraordinary history of our planet and all its creatures. Through her education business, This Earth, she brings students into her world of adventure and exploration. She offers interactive classroom presentations, field trips and lab exercises, and most of all, facilitates discovery.

“Kids do a lot better learning about natural sciences when they are outdoors,” she said. “It makes more sense to everyone. And I love teaching them about fossils,” she added.

Common fossils found at the South Rim are brachiopods, shellfish that are a distant relative of modern-day clams. They lived 270-million years ago when a shallow ocean covered the region. “We talk about what kind of environment these creatures lived in,” she said, “the depth and temperature of the water, and how they were filter feeders, eating plankton that were just floating along.”

Unlike those prehistoric organisms, Christa is doing anything but just floating along. Beautiful, strong and in charge, she has found her strength, confidence, passion and purpose among ancient rocks and powerful forces. It is here that she ponders and appreciates that one of the most powerful forces on the planet today is education. She has “adopted” dozens of girls and women that she calls her daughters in places like Haiti, Guatemala and Nicaragua.

“The thing that gives me hope is when I’m actually doing something to make the world more equitable,” she said. “It breaks my heart what people have to go through in other nations. Research reveals that worldwide, countries are better off when they educate the women, but the world still fights that.”

And Christa is fighting back. Through her non-profit organization, One New Education, she has supported young women through secondary and advanced education, where they, too, can find their strength, purpose, power and passion.

As Christa shows us, the natural world, and Lava Falls Rapid in particular, has a lot to teach us about resilience. There are obstacles we need to maneuver around, massive waves and huge holes that we need to pay attention to, and if we get flipped, well, she says, “We’re going to feel like a Raggedy Ann in a washing machine.”

But, as Christa demonstrates, we have everything to say about our own rescue and our own experience. “If you just float along, the journey is going to be harder. If you’re waiting for things to happen to you, it doesn’t always work out as well as you hope. You have to make things happen.” QCBN