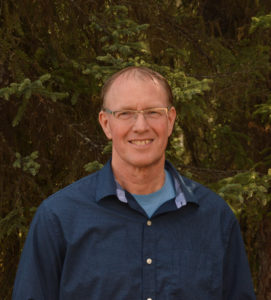 Acknowledging that his biggest challenge will be finding ways to deal with the impact of COVID-19 on the educational environment throughout the Humboldt Unified School District, John Pothast says he is “beyond excited” to be working in Prescott Valley.

Pothast is beginning his job as superintendent of the largest school district in Yavapai County. He succeeds Dan Streeter, who accepted the superintendency position with the Marana School Unified District in northwest Tucson.

“During my earlier research about schools in Prescott Valley and then during my interviews, I was genuinely impressed with the intense professional commitment of the district’s faculty and staff,” Pothast said.

Though coming to HUSD from a prior four-year administrative position as director of innovation and strategic planning in Soldotna, Alaska, Pothast is not unfamiliar with Arizona. He and his wife, Sheilah-Margaret, were teachers for several years at Cibola High School in Yuma. He taught English and she taught social studies. Also, Pothast earned a master of educational leadership degree in 1999 from Northern Arizona University (NAU). Years earlier, he earned a bachelor’s degree in English and humanities from the University of Minnesota’s Duluth campus.

Sheilah-Margaret is originally from Camp Verde. They have two adult children: a daughter, who just graduated from the University of Alaska-Fairbanks, and a son who will be a junior at NAU.

The five-member HUSD school board was unanimous in offering Pothast a two-year contract .

Becoming the head administrator for HUSD begins Pothast’s 32nd year in education. He’ll be responsible for administering a multi-million dollar budget, which in 2019-2020 was $35,292,511 in maintenance and operations, and $3,302,243 in capital investments. New budget figures will be announced at the beginning of the 2020-2021 fiscal year.

He will also be responsible for a workforce of approximately 615 employees: 283 faculty members; 310 classified personnel and 22 administrators. All these people keep 10 schools operational – a high school, two middle schools, one traditional school, five elementary schools, and one preschool. They also serve an estimated 5,400 students, an enrollment which generally has been stable the past few years.

Challenges Are Without Precedent

Pothast admits the challenges facing schools and communities in the state and throughout the nation are without precedent. “If we have to continue dealing with the COVID-19 pandemic, we’ll need to find ways to provide quality education to students in remote learning environments. If we start getting back to ‘normal,’ we’ll be dealing with residual – and possibly ongoing – issues created during the past few months.”

He adds that budget and funding issues will be significant across the nation. “It’s too early to tell what or when the beginning of school will be like. Certainly, the governor has announced he wants schools opened in a normal fashion. HUSD already has a working group put together to look at what our options might include.”

Noting that the dramatic changes occurring in schools, society, culture and industry are influencing education in ways previously unimagined, Pothast said he wants to be visionary in moving education forward to give children some ownership in the learning process. He feels that education is not confined to classrooms, or school days or even particular locations. He believes a positive educational journey requires collaboration and open communications from among all sectors of society.

“I want to be clear,” he said. “The health and safety of everyone is paramount, no matter where we find ourselves in the fall.”

“My mom told me, ‘This too shall pass,’ and she was right. Life is full of ups and downs. The past several months of school are among those challenging times. But it shall pass, and we’ll find our new normal and continue.”

“Having both our kids home with us again. When their campuses shut down in March, the circumstances that caused that were unfortunate. But having them home, with all the fun and laughter we have together, was a blessing.”

What do you and your family do for entertainment or recreation?

“Hiking in the mountains, biking on trails, boating on the water, skiing in the winter – anything outdoors.”

What led you to a career in education?

“I had many inspirational teachers over the years. Mrs. Terri Tiech, my middle school English teacher, personalized learning long before anyone else thought about it. Her impact on my later life helped me move in that same direction.”

What’s your favorite
holiday and why?

“Christmas. That’s a time that reminds us of what should be important in life – helping and giving to others. It’s a time to believe.” QCBN 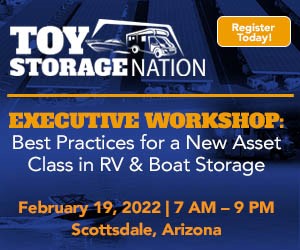