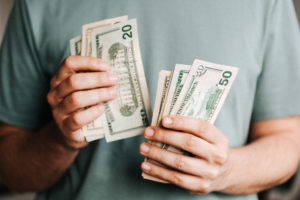 Arizona is ranked third best in the nation for economic momentum, based on a new report by State Policy Reports. The report ranks states’ economic momentum based on growth in personal income, employment and population. Arizona ranked in the top four for employment growth and population growth. Arizona is tied for third with Montana. “Arizona’s economy was one of the hottest in the nation going into the pandemic,” said Governor Ducey. “As we follow commonsense guidance to keep people safe and employed, we can continue to be a national leader going forward. Arizona’s hardworking small business owners, innovative entrepreneurs and diligent workforce drive our economy, and we will continue to work together to come back from COVID-19 stronger than ever.”In addition, the state’s median household income rose by 15.2%, according to new data from the U.S. Census Bureau that compared income growth averaged between 2017-2019 and 2014-2016. Arizona also experienced the fifth strongest personal income growth in 2019, according to data from the Bureau of Economic Analysis.

Data shows there are nearly 177,600 manufacturing jobs in Arizona. In Fiscal Year 2018, manufacturing across the state produced a total gross state product of $47.3 billion and total exports reached $24.7 billion.