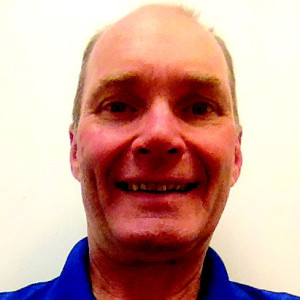 The Arizona Corporation Commission (ACC) voted on Nov.14to add a fee to the bill of Arizona Public Service (APS) residential customers who add photovoltaic solar energy to their homes. The fee will be 70 cents per kilowatt per month. This new fee will take effect on Jan. 1, 2014, and will apply to solar systems installed after that date. Homeowners with solar systems installed before then will continue to be billed under the existing rules and rates. This fee is expected to range between $4.50 and $5.00 for a typical homeowner.

The ACC commissioners narrowly upheld this claim, voting 3-2 for a charge that will be imposed on all new systems built after Dec. 31, 2013. The entire APS rate case will be reviewed again in 2015 by the ACC. This is going to be a lively debate. In the meantime, consumers can take advantage of the excellent value of solar under the existing rate structure if they place their order for solar on their home prior to the end of December 2013.

Utilities across the country are facing the need to adjust the traditional business model. For the past century, they have operated on the premise that they would have an ever-expanding energy demand placed by new customers. However, the recent consumer trend has shifted toward energy efficiency and the addition of renewable sources of energy. This is a change to the existing business model.

APS had argued that the charge was necessary to offset the cost the growing number of solar systems passed on to non-solar ratepayers. The utility said that net metering customers, who are able to claim credit on excess power fed back into the grid, effectively shift the cost of maintaining the grid on to ratepayers who do not use solar.

Quoting from a report written by Ben Willis and published by PV-tech.org, “But APS’s immediate response to the commission’s decision was to claim that it did not go far enough.

‘Having determined that a problem exists, we would have preferred for the ACC to fix it,’ said Don Brandt, chairman and chief executive of APS. ‘The proposal adopted by the ACC…falls well short of protecting the interests of the one million residential customers who do not have solar panels. We will continue to advocate forcefully for the best interests of our customers and for a sustainable solar policy for Arizona.’”

Nevertheless, the commission’s decision has been criticized by both industry and environmental bodies.

Rhone Resch, chief executive of the Solar Energy Industries Association, said he was “deeply troubled” by the “precedent-setting action,” implying that the decision will have attracted the interest of utilities and ratepayers beyond Arizona.

“Imposing punitive fees on Arizona consumers – without first proving the need and demonstrating the fairness of these charges through a comprehensive, transparent rate case where due process is afforded – is patently unfair, jeopardizing future solar growth and job creation statewide,” Resch said.

Solar energy on your home is a great value financially and environmentally. The best move a homeowner can make is to get a system ordered and approved before the end of next month. Contact a local solar installer today. QCBN