You are here: Home / Columnists / Offering Hope through the Levo Tinnitus System 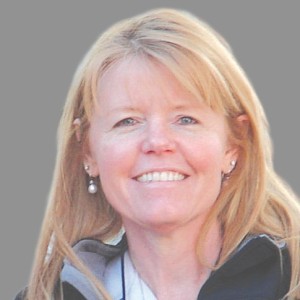 As many as 50 million Americans suffer from tinnitus, a debilitating health condition commonly known as “ringing in the ears.” Musicians, factory workers, veterans and many others endure its effects, including problems with concentration, sleep, anxiety and depression. Tinnitus affects a wide range of people, including those who are exposed to continuous noise and even people who use home improvement tools. It is the leading service-related disability among U.S. veterans, according to the American Tinnitus Association. For many people, the noise in their head is all they can hear; it can be louder than the person’s voice on which they need to focus!

Many who experience chronic tinnitus use sound devices or machines that “mask” their ringing with white noise. But masking typically offers only short-term relief to those who struggle with the perception of buzzing, hissing, whistling or clicking and does not reduce the level of tinnitus or the loudness of it. There is a new product out and now available to the public called the Levo System.

This new technology is taking a different approach by retraining the brain to ignore the tinnitus sounds, and has shown the potential to alleviate the condition altogether in some individuals. The Levo System is an FDA-approved medical device that mimics the specific sound of a person’s individual tinnitus. The audiologist working with the tinnitus sufferer creates a profile of the noise by using a system of “noise makers” in the Levo System software. Once the sound match is obtained, it is loaded into a modified iPod Touch that is taken home to be used at night while sleeping. The custom sound match of the tinnitus is heard through ear buds or soft headphones worn while sleeping.

The current research shows us that over time the brain naturally learns to ignore the tinnitus sound, diminishing its effect on daytime activities and quality of sleep. The loudness of the tinnitus is reduced and some people report only being aware of their tinnitus if they stop and concentrate on it. This change in both awareness of the sound and the loudness of the sound can drastically improve quality of life to tinnitus sufferers over time. The software inside the system tracks the volume the individual sets the masker, and the day and time it is used.

In the past, the masking sound from the available devices was not able to match the tinnitus as closely as this and was worn during the day. This nighttime therapy appears to teach the brain not to consider the sound as “an internal sound” but slowly re-trains the brain to integrate this matched external sound so that it “habituates” to it. For example, the external sound of a heater blowing is ignored by the brain; then, when the heater turns off, you might realize the sound is gone and that you were not aware of it while it was running. This is a skill the brain is able to do with sound created outside of your body. Another example is living near the train tracks. Many people learn to “unfocus” on the noise the train makes and are able to sleep despite the noise in their house.

Patients report the greatest improvement when they are involved in making the decisions about their day-to-day treatment. This system puts the tinnitus sufferer in a position of control.

The Levo System software houses a tracking system that traces the emotional perception of the sound by using the tinnitus sound index that is filled out to record the current severity and negative impact the tinnitus has on daily life. It also tracks the amount of masking needed to cover up what the brain hears. The user is able to increase or decrease the loudness they need to mask what they hear each evening. This is plotted on a graph and provides a visual tool on the progress over time. The goal is that over months of use the volume needed to mask the tinnitus is reduced more and more. It reportedly makes the tinnitus sound a soft distant companion rather than a screaming intrusion that you hear 24/7.

The system can be reprogrammed if the tinnitus changes sound to a new sound match. There are soft headphones or earbuds that can be worn, depending on the desire of the person. The price includes the programming by the audiologist, administration of the tinnitus sound index, instructing the user, the office visits and the device. The system price can range from $4,000 to $6,000, depending on geographic location of the fitting. QCBN