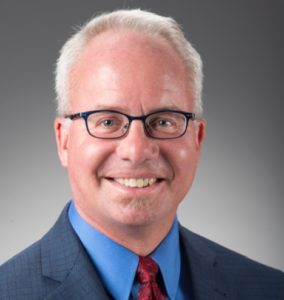 Pillows are typically used for sleeping, tossing on sectionals and occasionally as a weapon by siblings sharing bedrooms. Jose Torres, M.D., Cardiovascular Surgeon at The James Family Heart Center at YRMC, knows that a certain pillow also can be used to explain complicated heart surgeries to patients and their loved ones.

“When I arrived at YRMC in 2014, I noticed that the volunteers were giving pillows to heart surgery patients,” Dr. Torres said. “I looked at those pillows and thought, ‘Hey, these would be great for explaining procedures to patients.’”

The red, heart-shaped pillows are pre-printed with a diagram of the heart. Patients in YRMC’s Cardiovascular Intensive Care Unit (CVICU) receive them after heart surgery, clutching them to their breastbone area when they cough, breathe deeply or move about those first post-surgery weeks. The pillows buffer the pain and allow the breastbone to heal after coronary artery bypass graft (CABG) and heart valve surgery.

Since that “A-ha!” moment, Torres has transformed each heart pillow into an illustrated story of that patient’s surgical experience. An accomplished illustrator, his intricate and detailed depictions of the heart have been published in textbooks and featured at medical conferences. His pillow pictures, however, are easy-to-understand etchings. They illustrate for patients how their blocked arteries were opened during CABG or show the location of their new valve following valve replacement surgery.

Richard Perkins, Psy.D., a resident of Marietta, Georgia, underwent a CABG surgery at the James Family Heart Center in June 2016. Dr. Perkins had traveled to Prescott to be with his sister and brother-in-law, who they feared may need heart surgery. While his brother-in-law didn’t require surgery, Dr. Perkins suffered a heart attack during his visit. He was taken to YRMC West, where Dr. Torres diagnosed blockages in three arteries and recommended CABG surgery.

“Dr. Torres was direct and kind when he explained the surgery I needed,” said Perkins. “He also made sure my family was well informed on what was happening during the surgery.”

After the successful operation, Perkins recalled seeing the heart pillow for the first time in the hospital’s CVICU. The drawing on the pillow showed the placement of the three grafts and was signed by Torres with a caricature-like drawing of the heart surgeon. Soon, Torres arrived and used the pillow to explain the surgery.

The heart pillow became a constant companion of Perkins. At YRMC West, he clutched it to his chest during sessions with the incentive spirometer. The device measures how deeply patients can inhale following surgery. Using it can help prevent lung problems, like pneumonia.

After leaving YRMC West, Perkins was transferred to a rehabilitation hospital. There, he used the pillow as he learned to “log roll” out of bed. He grabbed it each time he walked to the dining area, just in case he had to cough. When he was a passenger in the backseat of a car, the pillow served as buffer between his chest and the seatbelt.

“At first I thought the pillow was a cute gift. What I didn’t know was how functional it would be or how reliant and dependent on it I would become. It was extremely useful to me. I developed an almost emotional attachment to that pillow,” Perkins said with a smile.

Who knew a pillow could amuse as well as provide information and support healing?

“The pillow is a good reminder to people to call me if they have any issues,” Torres said. “I want patients to remember me, at least for the eight weeks following surgery.”

Perkins, and no doubt many other patients, will remember Torres for much longer, thanks in part to his caring heart.