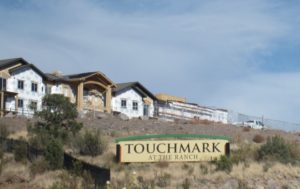 McPheters anticipates mixed growth in Arizona jobs, employment, unemployment, retail sales and single family permits during the Trump presidency. The state slipped from the top 10 nationally in overall job growth, but ranks 11th in private job creation year to date. Across sectors, Arizona scores number one in job growth for both finance activities and food service, and rates eighth in manufacturing, 11th in health care and 26th in construction. The increase in minimum wage did not slow Arizona food service hiring in first quarter 2017, when that sector created a record 15,240 new jobs.

The ongoing attainment of similar rankings requires that domestic migration retain its strong pace, and the Arizona labor force, quality of life and cost structure remain solid. Potential disruptors, he noted, could include new policies on trade/NAFTA and the state failing to “deal with major problems, such as infrastructure and education, for long-term growth.”

The Prescott area created 2,470 jobs in 2016, achieving a 4.1 percent growth rate. Year-to-date job growth as of August 2017 is 1,070, down four percent from one year earlier. Growth by sector consists of 5.4 percent in health care; 5.3 percent in manufacturing; 4.5 percent in hospitality/leisure; 2.9 percent in business services; and 2.2 percent in government. Unemployment in the Prescott Metropolitan Statistical Area came in about 4.5 percent for 2016, compared to roughly 5 percent statewide.

Key to demand side economics are consumers, while productivity performs the same function for the supply side, McPheters explained. Seventy percent of GDP originates with consumers, who delivered a 2.7 percent increase nationwide in 2016. Consumer GDP growth from 1956 through 2006 came in at 3.6 percent a year.

McPheters portrayed “low real income” as the “main headwind” in consumer spending as “the recession hangover continues.” Contradictorily, both consumer confidence and consumer worry are up following the presidential election. While investors remain optimistic about Trump reforms, he said, skeptics assert that “somebody still has to pay for government.”

Arizona scores below the national average in economic prosperity. According to data from 2015, the state ranks 42nd in per capita personal income and 43rd in per capita GDP. About one-third of the state’s residents receive government aid, including 25 percent on Medicaid, he said.

Health care has become the largest employer in a majority of states and accounts for 20 percent of new jobs in Arizona, he said. In fact, Banner Health has overtaken Walmart as the top Arizona employer.

Infrastructure spending could boost Arizona’s economic growth, McPheters explained, considering that it provides greater economic stimulus than tax cuts. He described how every job in the aggregates industry (manufacturers and suppliers of construction and building materials) generates nearly five additional jobs in other industries and every dollar sold in aggregates produces another $3.47 of sales in other industries.

Unauthorized immigrants in Arizona numbered 244,000 in 2014, and the state is home to 28,000 recipients of Deferred Action for Childhood Arrivals (DACA). National support for the border wall is mixed, with 40 percent of Americans favoring, 46 percent opposing, and 16 percent expressing uncertainty. One indicator for immigration reform, McPheters said, is slower growth in the U.S. population from 1.8 percent year-over-year in 1981 to an estimated 0.2 percent by 2025.

U.S. GDP is expected to show slightly higher rates in 2018 at 2.4 percent, job creation at 2.4 million, and housing starts at 1.3 million. The national unemployment rate likely will drop from 4.4 percent in 2017 to 4.1 percent for 2018, while inflation is expected to decline from 2 percent to 1.9 percent. Estimates point to GDP below 3 percent through 2020 and beyond, prompting McPheters to consider “a new norm.”

Overall in Yavapai County, 2018 is expected to deliver 1,000 new jobs for a 1.5 percent increase. The anticipated population growth is 1.4 percent. Both predictions are slightly lower than the current year.

“The bottom line is if you made money last year, you are going to make money this year,” according to JT Purvis, broker/principal at Commercial Properties Northern Arizona in Prescott. Purvis and fellow attendee Laurie Moore, branch manager for Fairway Independent Mortgage Corporation, were particularly interested in economic impacts to real estate.

Single family building permits in the area are expected to exceed 1,500 in 2018. The supply of lower priced homes is constricted by rising costs for labor, lumber and land. Increased regulation, labor shortage, and tight lending also could impact volume. The big question, McPheters poses, is “how to build homes for the under $225,000 market and still make a profit.”

Homes for sale are running low as demand continues, Purvis said. “Developers are getting toward the back end of the lots in their developments. You have to start [that inventory] a year or so in advance. If you are in Prescott, the moratorium on water is stopping anyone from buying vacant land and developing it, unless they can find property that already has had water rights allocated to it in the past.”

“A lot of that labor is disappearing to those places and that’s going to continue for a while,” Purvis maintained. “That’s going to have an effect on our whole community here” as contractors struggle to find qualified workers and construction windows double to 14 or 16 months.

Moore was particularly interested in McPheters’s commentary about the impending replacement of Janet Yellen as Federal Reserve chairman. The advent of a “more hawkish, more conservative” chairman implies market volatility in the mortgage industry, she said.

“I anticipate an upward trend, though not significant, to interest rates,” Moore explained. “People should take advantage of low rates now.” QCBN