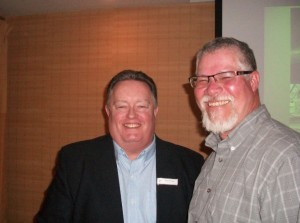 Such findings are part of more than 30 bullet points announced by the Prescott Area Hospitality Association (PAHA).

The survey, conducted by the Arizona Hospitality and Research and Resource Center at the W. A. Franke College of Business at Northern Arizona University, was designed to provide both quantitative and qualitative data for objective analysis. Researcher Tom Combrink says the surveys were distributed once a week during each month of the 2014-2015 year to ensure a representative sample with data collected from many locations throughout the city.

In response to the question about overall satisfaction “with your experience in Prescott,” respondents overwhelmingly selected “9 to 10,” with 10 being the top rating possible.

“In my more than 27 years of analyzing surveys of visitors to various communities, it’s the highest I’ve ever seen. Ninety percent satisfaction is off the charts,“ said Combrink.

Other key results from the study included these:

Distinct differences, especially in spending, existed between those who only spent a day and those who stayed overnight. For instance, day-trippers spent most of their money on restaurants or groceries, souvenir shopping and transportation (fuel); whereas overnight visitors spent a significant amount – more than $100 a day – on lodging and more than $70 a day on meals and groceries.

Most overnight visitors – 75.7 percent – stayed in hotels or motels. Others stayed in recreational vehicle parks or campgrounds or with family or friends.

Combrink said survey results showed the total estimated expenditures for day and overnight visitors amounted to direct spending of $289,707,000 in 2014-1025. By far, the largest number of dollars were for lodging and camping – almost $123 million. That was followed by money spent for restaurants and groceries – almost $100 million. Other major expenditures were for transportation (gasoline), some $33 million; shopping and souvenirs, $29 million; and recreational fees, tours and other expenses at $4 million.

Those visiting Prescott tended to be fairly affluent, with an average household income of $104,000.

Among top attractions for visitor is the historic downtown area of Prescott. “The Courthouse Plaza and surrounding area are unique in Arizona,” said Combrink. The plaza has been recognized as one of the Top 10 public squares in the United States by TripAdvisor.

Other favored activities for visitors were cited (in descending order) as hiking and biking local trails, bird-watching and wildlife viewing, camping or RVing, boating/canoeing, golfing, rock climbing, sports events and horseback riding. Some visitors noted they participated in multiple activities among the various categories.

Amore Clanciola, director of catering and events for the Hassayampa Inn and PAHA president, says she is gratified to “…have recent data about visitors so we in the community can better target our marketing and promotion plans.”

City of Prescott Tourism Director Don Prince says it has been more than six years since a similar study had been conducted. The cost for the $10,000 study was split between the Arizona Office of Tourism and the City of Prescott.

“One of the most impressive findings in this survey is the high number of repeat visitors who select Prescott as a destination rather than a pass-through,” said Margo Christensen, vice president of marketing and public relations for the Prescott-based Ponderosa Hotel Management group. “Also, with a satisfaction rating of nine out of 10, this seems conclusive evidence that proves we are a desirable destination that provides visitors a good and memorable experience.”

Prince says he particularly was pleased that Prescott received such high rankings among places in Arizona to visit. “The entire hospitality industry in this community can be proud of what we’re doing, especially since our competitors in Northern Arizona – Sedona and Flagstaff – spend double and triple the amount of money we have to attract visitors.”

The complete research report can be viewed online at www.visit-prescott.com.