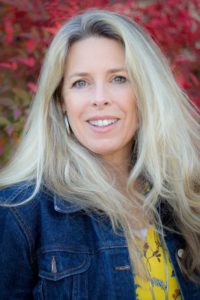 Pain isn’t always obvious, but most suicidal people show some signs that they are thinking about suicide.

Suicide is one of the fastest-growing epidemics around the world. Approximately 44,000 people in the U.S. alone commit suicide each year, with an average of 123 suicides each day. It’s the 10th leading cause of death in America – second leading for ages 25-34, and third leading for ages 15-24. In order to create awareness and strengthen the fight against suicide, September is National Suicide Prevention Month.

In recent years, society has become more open and receptive to discussions and conversations on suicide. However, there is still a stigma surrounding it, and, with suicide rates increasing, it still means that the right help is not reaching people on time.

All of us play a role in both perpetuating the causes of and preventing suicide. Every year during National Suicide Prevention Month, mental health advocates, survivors, friends and family, and mental health organizations across the country and around the world share their experiences and work toward eradicating this most tragic act.

Risk factors are characteristics that make it more likely that someone will consider, attempt or die by suicide. They can’t cause or predict a suicide attempt, but they are important to be aware of.

Pain isn’t always obvious, but most suicidal people show some signs that they are thinking about suicide. The signs may appear in conversations, through their actions or in social media posts. If you observe one or more of these warning signs, especially if the behavior is new, has increased or seems related to a painful event, loss or change, step in or speak up.

Talking with and finding help for someone who may be suicidal can be difficult. Here are some tips:

Deanna Eder is the director of marketing and development at Polara Health. She can be reached at d.eder@polarahealthcom.