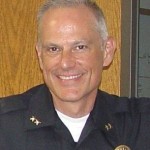 Lane will begin his service in Prescott Valley in early December at an annual salary of $119,000.  Lane will supervise a department of 64 officers and 13 non-sworn personnel.

Larry Tarkowski, Town Manager, said “We are excited for Keith’s arrival and his vision for the department.  We had three outstanding finalists and want to thank them for their participation.  We also want to thank Interim Chief James Edelstein for his service while this process moved forward.  He will continue to be an integral part of the police force as he resumes his role as a commander within the department.  I also want to thank the community members, human resources staff, police officers, and others who played a vital role in Keith’s hiring.”