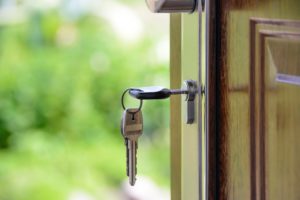 Staying strong since last June, the housing market on the local, state and national level has risen to a 14-year high, despite the pandemic, economic uncertainty and a difficult presidential election. Even during historically slow periods, like the holiday season, homebuyers are quickly purchasing the few homes listed for sale.

The shortage of housing inventory and extremely low interest rates have driven the hyperactive real estate market, says long-time realtor Gary Nelson, who heads the Gary Nelson Group and is the associate broker at Realty Executives of Flagstaff. That trend, he says, is expected to continue through 2021.

“The market in general is extremely hot, almost throughout all price ranges,” said Nelson, who is starting the year as president-elect of the Arizona Association of Realtors (AAR), also known as Arizona REALTORS. “There are some remote rural areas that aren’t seeing the same activity, but in urban and suburban real estate markets, there remains very low inventory. We’re seeing multiple offers on most properties if they are priced to sell and, sometimes, even if they are overpriced.”

In the current sellers’ market, bidding wars on properties have become commonplace. To be successful, Nelson says buyers need experienced professionals working on their behalf. “The biggest challenge has been keeping up with market activity,” he explained. “Even more important is ensuring client safety and personal safety to make sure we all remain safe and are not spreading the coronavirus.”

To adjust to social distancing and other safety guidelines, realtors have adapted by using more technological support and providing virtual open houses and 3D walk-through tours. Even so, prices continue to rise and double-digit annual growth continues month over month in both list and sale prices. Those who remember the real estate frenzy of 2006 may well be wincing in anticipation of another bursting bubble, which nose-dived Arizona’s and the nation’s housing and construction market in 2008 and brought on The Great Recession.

“The difference is that there are safety measures in place now that weren’t around then regarding lending,” said Nelson. “People are not over-extending themselves. They are not allowed to. In the early 2000s, everybody could get a loan. Things are different now. We will probably see some type of market adjustment in the coming years, such as the slowing down of rising housing costs, but not the extreme drop we experienced a decade ago.”

Meanwhile, all indicators show interest rates will stay low. “In the past year, they have fluctuated around 2.7% and 2.8%, the lowest we’ve seen since 1971,” he said. “We might see a slight increase toward the middle of 2021, but they will probably stay around 3%.”

Although real estate prices have risen overall, Nelson says Arizona is still a great place to buy. “We’re seeing huge activity in Prescott, with a lot of Victorians and bungalows. Also in Flagstaff, Sedona and through the Verde Valley into Camp Verde and Cottonwood,” said Nelson. “There is something for everyone – from condos to townhomes to single-family homes – sometimes you have to go outside city limits to find it.”

Emerging markets to watch, he says, are rural towns like Williams and Kingman and the surrounding areas with available private land.

“People complain about the cost of housing in the Prescott and Flagstaff areas and other rural markets, but Arizona across the board is a bargain. When you look around, homes in New Mexico and Utah are higher. Colorado is ridiculously higher and of course, so is California.”

Nelson adds into the equation the quality-of-life benefits that mountain and rural communities offer with open space and nearby forests, which make Arizona attractive. He’s noticed the increase in outdoor recreation on the trails through the pandemic and understands that desire to be close to nature, which has kept him in Northern Arizona.

“Prescott and Flagstaff have a very outdoorsy personality. People here enjoy outdoor activities like hiking, mountain biking, kayaking, stand up paddle and skiing. These are the reasons we felt we could raise a family in this environment after exploring other communities across the West,” said Nelson, who grew up in Flagstaff. He and his wife, Tammy, the principal at Mount Elden Middle School, have raised two daughters there. “We wanted our children to grow up enjoying the outdoors like we did.”

Nelson says a lifetime of outdoor recreation activities has kept him in better shape now than he was 15 years ago. “We do 17-mile day hikes with backpacks,” he said. His hope is to complete the entire 800-mile Arizona Trail in the next two years. His brother, John, was involved in the trail’s development around Flagstaff and Mormon Lake in the 1990s. “We have 365 miles in and have another 450 to go.”

In his new role as president-elect of the Arizona Association of Realtors, Nelson believes he can better represent the concerns of rural area realtors. “Typically, Northern Arizona realtors are very well trained, but they might feel like they don’t have a voice at the table in statewide and national discussions. The rules and regulations differ for rural counties and larger cities. Rural realtors have to be good at selling land and dealing with septic systems, private water companies and wells, which is not usually the case in more urban areas.”

Nelson looks forward to being able to travel again, as more people become vaccinated, in order to promote professional real estate standards and ethics. “The biggest part of our code of ethics, which started in 1913, involves fair housing laws and rules. Realtors hold themselves to a higher standard than federal and local fair housing laws. On a state and national level, we’re probably one of the most powerful lobbying entities. We advocate for private property rights and fair housing and also included in that is housing opportunity and lending opportunity.” QCBN

An Arizona realtor since 1994, Nelson can be reached at gary@garynelsongroup.com.