You are here: Home / Business / Recreational Marijuana Set to Change the Business Landscape 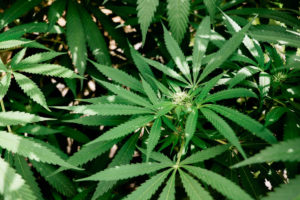 With local elections behind us, Chino Valley Town Councilman-elect Eric Granillo has a lot on his mind. The top vote-getter in last month’s general election said he is looking forward to serving local residents, having been born and raised in the Quad Cities area.

Granillo also is an entrepreneur, as managing partner of Granillo’s Investments, LLC, and owner of CM Wireless and Electronics, LLC, which serves businesses throughout the state.

It is through his role as an employer that he wonders about the passage of Arizona’s Proposition 207, the legalization of recreational marijuana. “My team of 18 is solid,” said Granillo, who is concerned about adding new people in the future. “Already it is difficult to hire CDL drivers, and it could be more challenging to know who is using it if it’s legal,” said Granillo, who carefully vets his employees and invests a lot in their training. He could require drug testing in the future.

Like Granillo, elected officials and business owners throughout Arizona will be watching as the legislation makes its way into law, creating a legalized industry for the state.

Some of the bigger complications may be in the business sector, said Lisa James who opposed the measure as chair of Arizonans for Health and Public Safety. “Employers are only allowed to prohibit use at the workplace, not before and after,” she said. “Businesses who require drivers will have to face more impaired drivers on the road,” said James, addressing the increased liabilities.

In terms of suggestions for business owners, James believes changes may be needed for workman’s compensation as well as hiring and firing protocols. Additional resources for substance abuse prevention and treatment also should be considered.

More than half of Yavapai County residents approved recreational marijuana, in line with voters throughout the state.

Proposition 207 will allow people 21 and older to possess, consume and grow limited amounts of marijuana. Smoking in public will not be allowed, but people serving time for marijuana offenses may have their records and sentences expunged.

One of the more widely talked-about outcomes of Prop 207 is the 16% excise tax that is expected to fund community colleges, public safety, infrastructure and public health programs.

“Our analysis shows we expect $300 million within a couple of years and that will grow over time,” said Chad Campbell, chair of the organization that funded Yes on Prop 207: Smart and Safe Arizona. “The 60% support was overwhelming,” he said, explaining that Prop 207 was an expansion of the state’s medical marijuana program, which voters trusted.

“I’m excited and happy for voters who are going to feel the economic benefits in cities throughout the state,” said Campbell.

The Arizona Department of Health Services will oversee adoption of marijuana parameters, from issuing licenses, to regulating cultivation, production and sales. Current owners of Arizona medical dispensaries will be among the first for-profit marijuana licensees. DHS has until May 2021 to complete the new regulations.

Arizona, Montana, New Jersey and South Dakota each passed measures this year, bringing the total to 15 states with legalized recreational marijuana, and 20 other states have laws allowing the use of medical marijuana. QCBN