You are here: Home / Columnists / Remodeling Police, Fire Levels of Service in Prescott 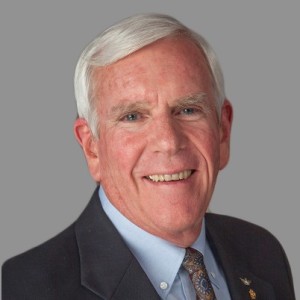 As with most other municipalities in Arizona, Prescott is in the midst of developing its budget forecast for Fiscal Year 2017 (FY17). And Prescott is not alone in reviewing competing budget demands within the confines of our rising public pension debt and the residents’ desire to maintain the high level of city services to which they have become accustomed. Mayors and City Councils across the state now grapple with ways to deliver the public safety services our communities desire within the funding available from our limited revenue sources.

Prescott’s public safety pension debt and personnel costs are the most significant factors when developing our budget. Fortunately, relevant research and information regarding public pensions and how to address the problems associated with this pension debt are now available. In the article, Hidden Debt, Hidden Deficits, Senior Fellow Joshua Rauh of the Hoover Institution states, “State and local governments promise guaranteed pensions based on targeted returns that are far from certain. In reality, assets in the pension systems will be insufficient to pay for these promises to retirees, resulting in a heavy burden being placed on taxpayers to make up the difference.”

The author goes on to state: “Despite the new Governmental Accounting Standard Board (GASB) guidelines, the majority of public pension systems in the United States still calculate their pension costs and liabilities using the assumption that their contributed assets will achieve returns of seven to eight percent a year, ignoring the extent of public sector liabilities. To target these investment returns, systems have taken increased positions in the stock market and other risky assets, including private equity, hedge funds and real estate. This study shows that unfunded pension liabilities are devastatingly widespread and only getting worse,” said Rauh. “With hundreds of state and local governments drowning in retiree benefit debt, the need for bold structural reform has never been so pertinent.”

The above information holds true for the Public Safety Personnel Retirement System (PSPRS) here in Arizona. For the past 14 years, the actuarially valued returns of the public pension plan have failed to meet the expected rate of return (ERR) set by the state PSPRS board. As a result, the pension fund, 100 percent funded as recently as 2002, now stands less than 48 percent funded today. (For the City of Prescott, our police and fire departments’ funding ratio is 25.9 percent and 39.3 percent, respectively.) This unfunded pension liability has been devastating to local municipalities’ budgets, as this caused the annual required contribution (ARC) to the pension plan to rise exponentially. But equally disconcerting is the Reason Foundation’s prediction the PSPRS plan has less than a 45 percent chance of meeting the 7.5 percent ERR within the next 20 years. Clearly, then, pension debt across the state will continue to explode without “bold structural reform.”

However, a second study exists that leads the way for such reform for one segment of our public safety sector. The National Fire Protection Association (NFPA) produced a research study, dated January 2016, titled, “U.S. Fire Department Profile-2014,” dealing with expenditures and services provided by fire departments across the nation. There are a number of statistics worth noting. For example, “From 1980 to 2013, local fire protection service expenditures (adjusted for inflation to 2015 dollars) have increased 169.6 percent). In addition, the NFPA study provides the following statistics:

The study also indicates since 2009, there has been a small reduction in the total number of fire departments in the U.S., as well as a similar reduction in the number of all-volunteer departments. However, since that time, there has been a substantial increase in departments, which include a category of “Mostly Career” and “Mostly Volunteer” fire personnel. So it seems clear many municipalities are implementing a strategy of combining career and volunteer firefighters to gain cost reductions while ensuring adequate levels of service for their communities.

As Prescott moves forward in implementing changes in service models for police and fire, these study resources must be utilized to establish policy for determining the necessary critical services for the health, safety and welfare of our residents. QCBN

By Harry B. Oberg

Harry B. Oberg is the mayor of the City of Prescott.