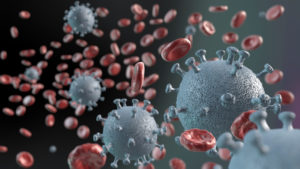 As Arizona scientists conduct the most extensive genomic sequencing of COVID-19 of any state, they credit early public health response for preventing an outbreak in late January. Also, they say the data show public health interventions do work, including testing, tracing and isolating, to control the virus.

In a news briefing on Sept. 15, the Arizona COVID-19 Genomics Union (ACGU) scientists reported that initial findings suggest the state experienced no viral spread from Arizona’s first reported case. They say quick action by Arizona State University and Maricopa County public health officials likely kept Arizona from becoming an early epicenter for the disease when a student who had just returned from Hubei, the Chinese province where the disease originated, became ill.

“This person reported to the clinic very quickly. Their genome was sequenced by the CDC and we used it in our analysis,” said Brendan Larson, a University of Arizona (UArizona) researcher working with ACGU. “This patient isolated for 14 days and recovered fully. There was no evidence of any transmission events from this patient. And, by comparing their genome with all of the other genomes that we sequenced, we were able to determine that public health interventions do work, and in fact, we did not detect any viruses that descended from that first initial introduction.”

ACGU scientists add that these efforts bought Arizona valuable time to prepare for outbreaks. “This is a great example of how a rapid and thorough public health response can be successful in preventing the spread of this disease,” said ACGU Director Paul Keim, Regents’ Professor of Biological Sciences, Cowden Endowed Chair in Microbiology at Northern Arizona University and executive director of NAU’s Pathogen and Microbiome Institute (PMI).

“Similar steps could be taken when shaping future efforts to reopen businesses and schools, even though the virus continues to circulate and people remain susceptible,” added Keim.

Faculty at the Translational Genomics Research Institute (TGen), an affiliate of City of Hope, NAU, UArizona and Arizona State University (ASU) launched the ACGU to track the virus and see how it evolves and spreads within and out of Arizona.

Jolene Bowers, an assistant professor at TGen North, says researchers began testing patient samples in early to mid-March, when community transmission within Arizona was being reported. “Our timing was great to get these early cases so ACGU could tell the story of contagion.”

Scientists identified small changes or mutations in the virus’s genome, which naturally occurs over time as the virus reproduces, to track its spread. By comparing mutations observed in Arizona to those present in strains circulating across the globe, they could determine when and from where the virus had been introduced to Arizona. They found that the majority of Arizona sequences are represented by two lineages — and several sub-lineages — most of which were likely introduced through domestic travel, but with some evidence for international importation.

“One advantage to working with RNA viruses, such as SARS-CoV-2, is that they evolve at a relatively constant rate. This means that they accumulate mutations at a steady pace. This accumulation has often been compared to the ticking of a clock and so we call this the molecular clock method,” said Crystal Hepp, assistant professor at PMI. “SARS-CoV-2 in particular gained about one mutation every two weeks. Knowing this molecular clock rate allows us to effectively count up the number of mutations in a particular dataset over time, so that we can back-estimate when a particular lineage entered a location.”

PMI assistant professor Jason Ladner said various advances in genome sequencing technologies now allow for near real-time sequencing of viral genomes during outbreaks. “Because these viruses evolve pretty quickly through the accumulation of mutations, we can actually use these genomes to track the spread of viruses through space and time. And therefore, these viral genome sequencing efforts can really help to inform the public health responses that are associated with these outbreaks.”

“We’ve got the whole state covered,” said Efrem Lim, an assistant professor at ASU’s Biodesign Institute and virologist who leads the ASU team. “No other state can make that claim.”

David Engelthaler, one of ACGU co-founders, says in the coming months it will be necessary to track COVID-19 outbreaks and build epidemiological walls around each case, especially for those most at risk – people older than 65, those in long-term care facilities and prisons, and those with pre-existing health problems.

“When you don’t have eyes on this, when you don’t have contact tracing, then it can really easily move from person to person,” Engelthaler said. “It’s really useful for public policymakers to be making locally-informed decisions.”

ACGU scientists also say the slight mutations should not impact vaccinations that are being tested. “Tracking the transmission of the virus and its mutations ensures that therapeutics and vaccines being developed are on the right course,” said Lim. “We now have a handle on what the SARS-CoV-2 virus in our communities looks like at the sequence level.”

These AGCU findings have been published in a study: An Early Pandemic Analysis of SARS-CoV-2 Population Structure and Dynamics in Arizona. QCBN