You are here: Home / Spotlight / Singer Toni Tennille Wants More Musically, for Herself and Prescott 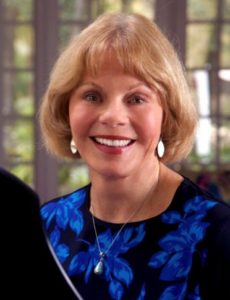 Grammy-award winning singer-songwriter and classical keyboardist Toni Tennille could probably live anywhere she wants. She has lived throughout the United States, in cities big and small, from coast to coast, in the scenic Sierra Nevadas and in lush, semi-tropical and sun-kissed Florida.

But, Prescott is where she chooses to call home.

The chart-topping vocalist with a contralto vocal range that spans two and a half octaves says it clearly in an exclusive interview with Quad Citie Business News. “I fell in love with Prescott the first time I was here – the climate, the environment, the various social and cultural activities – but most of all, the people. The locals are genuine, friendly and, most of all, much like family to me. Prescott is a special place. After I moved to Florida in 2015, where I worked with my niece, Caroline St. Clair, to write my memoir, I decided last August to return to Prescott. It is my home, and I live right where I want to be, just a few minutes from the center of town and the lovely Courthouse Square.”

When Cathryn Antoinette “Toni” Tennille came to Prescott the first time, it didn’t take long for her to become involved with several local musical organizations. Those included performing groups at Yavapai College Performing Arts Center and the Prescott POPS Symphony Orchestra, directed at that time by her friend and now retired founder Paul Manz. Manz now lives in North Carolina, but the POPS continues.

Tennille performed several songs during the last POPS concert Aug. 29. She received several standing ovations. POPS Musical Director Joe Place said of her during intermission, “She is one of the most wonderful, gracious and supremely talented persons I’ve ever met.”

What many do not know about Tennille is that when she moved here the first time, she and her dog, Smoky, volunteered as a therapy team at Yavapai Regional Medical Center and other sites. “I just loved seeing people’s faces light up when Smoky would snuggle up to them and wag. It was as good for me as it was them. I confess: I just love pets.”

Tennille no longer has Smoky, but she has two Australian Shepherds, Bebop and Lula.

She also has become an ambassador for the newly-formed AZ Philharmonic Orchestra. “When I lived in Reno, we had a top philharmonic orchestra of professional musicians. You could hand them a score and they would play it almost perfectly the first time through. I want to see the same thing in Prescott and in Central Arizona. This community deserves a professional level orchestra that will attract major performers and raise the musical profile of the region.” (See story about AZ Philharmonic Orchestra on p. 37.)

Tennille, who began singing in the late 1950s, plans to continue performing. She has returned to studying classical vocal music with Darrell Rowader, director of the Master Chorale at Yavapai College. She explained, “As a child in Montgomery, Alabama, I was trained as a classical pianist. My father had been a singer with Bob Crosby’s Bob-Cats. My mother hosted a local TV show. I attended Auburn University, where I continued my study of classical music. But when I moved to California, I moved more into popular music, jazz, rock and romantic ballads. That’s how I met Daryl. In 1969, when I was composing the music for a Broadway musical called “Mother Earth,” I hired Daryl to be the pianist. In 1973, we formed ‘The Captain and Tennille.’”

“The Captain and Tennille” soon became a top-performing musical success in the 1970s and 80s. They sold six million selling singles and several gold and platinum albums. Their most popular record, “Love Will Keep Us Together,” won the 1975 Grammy Award for Best Record of the Year.

In 1980, Toni had her own syndicated talk show, “The Toni Tennille Show.”

Her success continued. In 1998-1999, she performed the lead role in the national tour of the musical play “Victor Victoria.”

She and then-husband Daryl later moved to Reno, where they lived until 2007. They moved from Reno to Prescott, where they built a showcase home just north of the city limits in Williamson Valley. They lived in that subdivision until they divorced in 2014. Toni moved to Florida in 2015.

But now she is back in Prescott. “And this is where I want to be,” she said with a smile.

What is your favorite kind of music?

“My favorite kind of music — pop, ballads, jazz, rock — I love them all. But I really want to take on the challenge of some traditional classical music, which is why I am studying at Yavapai College. I really hope through getting some training in classical music that I can find notes and ranges in my voice that I haven’t used for years. I really want to expand my vocal horizons — find notes I never knew I had.”

What is the best advice you’ve ever received?

“The best advice I ever received probably came from my dear friend Eydie Gorme. We were talking one day. I said, ‘I wish I could sing the same kind of music as Sarah Vaughan or Ella Fitzgerald.’ Edie looked at me and said, ‘There’s only one Sara and one Ella. You just sing and BE YOURSELF.’”

What would you want your next fortune cookie to say?

“Live long, prosper and have a healthy life.”

What is the one thing you cannot live without?

“The one thing I would not go on a vacation without is my own pillow.”

What is your hope for Prescott?

“I am hopeful that Prescott and the area can become a musical and cultural leader in Arizona. We have so much dedicated talent in our greater community. We need to share it with everyone.” QCBN

Her book, “Toni Tennille:  A Memoir,” is available at Amazon.