You are here: Home / Columnists / Speech Therapy at Work at Mountain Valley Rehab 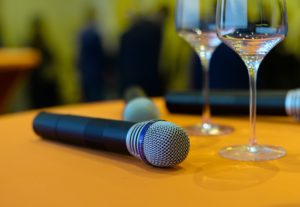 Speech Therapy is much more than just about “speech” or the ability to speak. Speech Therapy works with a variety of communication problems as well as swallowing deficits and cognitive impairments. A speech therapist or speech-language pathologist (SLP) is trained in all three areas. This can be a vital therapy in the recovery of adults suffering from strokes, aneurysms, traumatic brain injuries, brain cancers, head/neck cancers, Parkinson’s disease, Multiple Sclerosis, Post-Operative Cognitive Dysfunction, ALS, Dementia, Myasthenia Gravis and a multitude of other neurological disorders. The types of things a SLP might address, depending upon the unique needs of the patient include:

Speech/Voice – how the speech or voice sounds

Pragmatics – social language, e.g., talking too much or invading personal space while in a conversation

Auditory Comprehension – understanding what other people are saying

Attention Skills – the ability to concentrate

Meet Janis Braaten. Janis is a 72-year-old woman who was working full time when she had a stroke in the left side of her brain on Aug. 23, 2019. In the hospital, she had weakness of her right arm and leg and “aphasia,” which means an impairment of her language skills. Janis came to Mountain Valley Regional Rehabilitation Hospital for her stroke rehabilitation and received speech therapy while an inpatient. After discharge, she continued to receive speech therapy services in her home through Mountain Valley Home for Health and then later as an outpatient at Mountain Valley until mid-March of this year.

At the start of speech services, she had difficulty with following simple directions, understanding single words, answering yes/no questions, naming objects and having a meaningful conversation. Speech therapy provided training to improve all her speech and language impairments. Tasks were initially at the word or phrase level and eventually progressed to the level of complex sentences. Janis was taught strategies for “finding her words” and eventually improved to having conversations using longer sentences, correct words and grammar. Janis was provided with homework activities to do, and with her own motivation and the support of her sister, she worked hard at home to advance her speech. By the time she was discharged from outpatient speech services, she had made great strides and had only minimal impairment.

I called Janis recently. Janis has resumed driving, continues to do her quilting, attends church services virtually  because of COVID, and manages her own medications and finances. She only needs assistance with certain things. I asked her what she thought speech therapy did for her. Janis replied, “I could think, I could complete my thoughts… and if I was missing a word, I learned to go around it.”

Janis mentioned that some people don’t know that she has had a stroke because she does well with casual conversation. But when she has to explain something more complicated, it is harder for her. Also, she said that if people are talking really fast, she can hear what they are saying, but can’t process the words that quickly.

When asked what type of advice she would give to someone who is having difficulty talking, she said, “You must have a good attitude. Just laugh. That’s all you can do. You have the skills. Some days you can do it and some days you can’t at all, and so you just have to laugh.”

Janis wants others in her situation to not “give up, just keep trying.” Like everyone who has endured a neurological injury or disease, the most frustrating thing for Janis is that she just wants “to be back to normal.” This is understandable. Accepting a “new normal” is not an easy task.

Next month: working on the cognition aspects of impairments. Meet Robin Hill. QCBN