You are here: Home / Business / Stovall Selected as Vice President for NAZ Suns 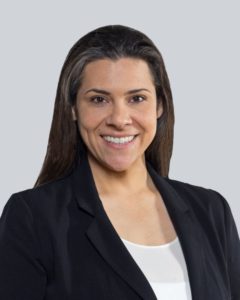 For 33-year-old Ashley Stovall, being named vice president of business operations of a professional basketball team is an honor and a challenge.

The California native’s history with professional sports goes back about 10 years, when Stovall first arrived in Prescott Valley from her prior home in Hawaii. She met Chris Presson, who then was the general manager for the Arizona Sundogs, a former professional hockey team. He hired her as a game operations manager and later, as assistant general manager. She also became an employee of the Indoor Football League’s Arizona Rattlers, a team based in Phoenix.

All that changed in 2016. The Sundogs dropped out of hockey but the Northern Arizona Suns arrived in Prescott Valley and began playing in the Prescott Valley Event Center (now Findlay Toyota Center). Presson had served simultaneously as president for the Rattlers and for the NAZ Suns, so he asked Stovall to head up business operations. In September, after Presson accepted a position with the Canadian Football League Edmonton Eskimos, the Phoenix Suns Arena Sports Group (PSASG), which oversees the NAZ Suns, hired Stovall for the executive position.

Vince Kozar, CEO of the PSASG, praised Stovall. “Ashley has shown herself to be a tremendous operator on our G League product. We are excited about where she and our team can take our business in Prescott Valley.”

The G League is the Gatorade League, which now boasts 28 teams and serves as a feeder league into the major NBA teams.

Stovall says one of her priorities is to build team and brand awareness throughout Central and Northern Arizona.

“Our average attendance last year was about 1,300 a game. That has a major economic impact in the community. We want to increase that,” she said. “So many people don’t realize that we have professional basketball with future NBA stars they can see play right here in the event center. It’s great family entertainment. With our season ticket rates starting as low as $9 a game, we’ve got a recreational opportunity for everyone.”

Information about tickets is available at nazsuns.com/memberships or by calling 928-772-7867. QCBN