You are here: Home / Local News / Support Limited for Suffering Cats and Dogs 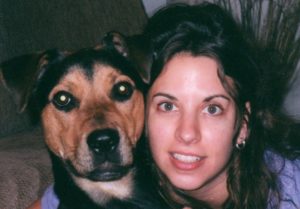 Slowed throughout the pandemic, but not forgotten, the goal at Red Rose Inspiration for Animals continues to remain top of mind for the founder. Since 2009, Tina Allegrezza has been working to help animals through emotional or physical issues, plus paying for medical and dental care through her non-profit organization. Her ultimate objective has been to create a spay and neuter clinic and rehabilitation center and animal sanctuary in Sedona, while being able to help pet owners in the community who can’t afford to take their dogs and cats to the vet.

However, a year of social distancing with COVID-19 has posed challenges for her to be able to recruit volunteers and host fundraising events that support the efforts. In the past, most of the funding has come through arts and crafts shows, Red Rose Shows, in Sedona – the fee for booth space paid by art vendors goes to Red Rose Inspiration. But in the last year, those events have been canceled or significantly reduced because of regulations regarding public gatherings. So, currently, the bulk of Red Rose Inspiration support comes from a total of six volunteers and sales from two thrift stores at the Village of Oak Creek Bell Rock Plaza.

“The Red Rose Thriftique looks like a high-end boutique,” she said. Items include clothing (for humans) and shoes, artwork, jewelry and home décor. It’s been described as an upscale department store setting with thrift store prices. Two doors down is the Red Rose Barkin Basement. “That really is a thrift store,” she said.

Meanwhile, Red Rose Inspiration has continued to operate an active TNR (Trap, Neuter, Release) feral cat program, mostly in Camp Verde. “We have two active volunteers in the field and we take in kittens that are young enough to be adopted and socialized and then adopt them out.”

Red Rose Inspiration works with the Camp Verde Marshal’s Office to trap the wild cats. “They overpopulate an area. You can have hundreds of cats in no time if they aren’t neutered and spayed. People are not nice to them and take matters into their own hands by drowning them in the river or poisoning them,” she said. “We’re lucky if we can get kittens when they are really young and we can get them adopted into homes where they can live indoors.”

Allegrezza moved to Sedona from New York City in 2005 with her partner and their rottweiler/pit-bull mix, Rosey. Two years later, Rosey was diagnosed with bone cancer. “She had to be put down and when she died, I got into a bad funk,” said Allegrezza. “She was a rescue pup herself. Rosey was always sweet and sympathetic to dogs that were suffering with emotional problems. She would provide them comfort and help them to grow their confidence. She had worked with various other dogs to help rehabilitate them emotionally. I’ve lost plenty of dogs in the past, but not like her.”

Thus, in 2009, Allegrezza started Red Rose Inspiration to give back to animals as a legacy to Rosey. “One of our goals is to stop the pet over-population in our community. Our primary focus for proceeds raised from our events is for the planning stages for our rehabilitation center and sanctuary for animals.”

Upcoming Red Rose Shows are scheduled for most weekends this month, 10 a.m. to 5 p.m., at the Olde Sedona Bar and Grill. For more information or to make a donation, visit redroseinspiration.org. QCBN