You are here: Home / Archives for currency 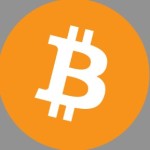 A novelty digital payment method surfaced in January 2009 as the brainchild of a computer programmer identifying himself as Satoshi Nakamoto and christening his techno-currency Bitcoin (BTC). The prognosis for BTC as a mainstream currency has been shrouded as much in mystery as the identity of … END_OF_DOCUMENT_TOKEN_TO_BE_REPLACED