You are here: Home / Archives for Diane Iverson 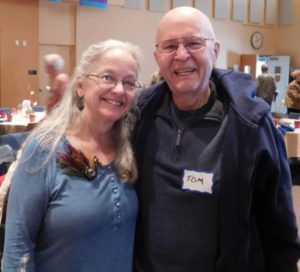 The creative generosity of local author Diane Iverson will benefit hundreds of low-income families in the greater Prescott area during the holiday season.

Iverson has transformed her historical fiction novel, “Hannah’s Heart,” into a play. It focuses on a 10-year-old girl, Hannah Grace Meadows, who tries to find ways to give Christmas gifts to her poverty-stricken family. The novel, told in first person, is based in Prescott and features many identifiable sites for those familiar with the community.

Proceeds from the play adaption and its related activities will be divided between the Coalition for Compassion and Justice (CCJ) and the Prescott Unified School District (PUSD) Family Resource Center (FRC). Kelly Mattox, FRC coordinator, said she and her colleagues are excited to be partners with Iverson in bringing needed services to students and families.

Sponsors for the play include the CCJ, PUSD, Prescott United Methodist Church, El Gato Azul Restaurant and others.

Iverson, retired director of special projects for CCJ, explained that she wanted to raise funds to support local families who suffer from poverty.

In cooperation with local playwright Melanie Ewbank, Iverson converted her novel – her 21st illustrated storybook, which she published in 2017 – into a play about the power of giving, especially to those who have less. Iverson wanted to show readers that a young girl, even in the heart of the Depression in 1935, can make a difference. Hannah, the oldest of five children, decides to sew heart-shaped ornaments and use them so she can then buy presents for her family.

Beyond proceeds from the play, Iverson says she hopes other funds will be generated through book sales, through the raffle of handmade quilted heart ornaments and, ultimately, the raffle of a wall-sized quilt created by local group, “Kwazy Kwquilters.” The 36-block quilt relates to Hannah’s story, Iverson says. For example, one block is a flower with seven petals, each petal representing a member of Meadows’s family.

Iverson is thrilled so many in the community are supporting the play, which benefits those in need.

“Prescott is a special community, and continually steps forward to empower people to succeed.” QCBN 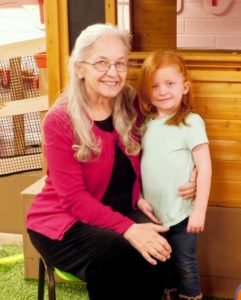 Diane Iverson is known as someone who has made a difference in the lives of hundreds. More than 130 people joined in a recent celebration, which included three standing ovations, to honor her nearly two decades of service with the Coalition for Compassion and Justice. Iverson was a founding member of the CCJ and later became a full-time staff member, retiring as the director of special projects.

Uhl introduced representatives from diverse community organizations who praised Iverson for her kind, thoughtful, humble nature demonstrated by a lifetime of serving those in need.

CCJ Executive Director Jessi Hans said Iverson was willing, no matter what time of day or year, to do whatever she could whenever she could if it would give relief to others.

Regina Younger, a former CCJ board member, called her a dreamer. “She has always wanted things that would make a difference for the poor and needy.”

Iverson’s husband, Doug, shared stories about how they would spend days and nights sleeping in the basement of the then Open Door shelter in the PUMC basement. They often work together on community support projects.

Her compassion for children and those in need may well have been the direct result of her own troubled childhood growing up in California. She ran away from home at age 15. Her sister had polio and the family had little money, living on a small cotton, alfalfa and dairy farm. She said leaving was her way of coping with the hardships. She knew she wanted to write and draw, so while in high school, she wrote stories and collaborated with others in illustrating books. She says she was inspired to write and draw by high school teacher Robert Trainer, who followed her career and encouraged her for more than 20 years.

Iverson was married at 18, had two daughters, and later divorced. “After my divorce, I considered myself a bird with a broken spirit and broken wing. But when I worked on my first book, I received physical and financial assistance that helped me heal.”

When she met her second husband, Doug, a teacher, the two made a lifelong commitment to serve others.

For the last 19 years, Iverson has been dedicated to programs that make a positive difference in people’s lives. “She especially helped the homeless and children,” said CCJ President Mary Bauer.

Iverson is also the recipient of the 2016 Albert Lovejoy Social Justice Award.  “It’s only right that we try to help those who are less fortunate find food, clothing and shelter,” said the Fresno, California native, who has lived in Prescott for 22 years. Her daughters and seven grandchildren live in California.

An accomplished author and illustrator of more than 20 books, her next major effort is to convert her historical fiction novel, Hannah’s Heart, into a play. She has given herself a deadline of December and says proceeds from the play will be dedicated to local charities.

Iverson also has a love for the outdoors and a passion for birding. “It is a focused way of observing details of nature. Birding is a way to slow down the pace of life. It is spiritually refreshing.”

Since her teen years, she has been guided by principles defined in the Bible, particularly Micah 6:8: Act justly, love mercy, and walk humbly.

“Singing Christmas carols. It’s the heart-swelling highlight of Christmas season for me. I especially love ‘I Heard the Bells on Christmas Day.’”

If you could travel anywhere in the world, where would you go?

“I’d love to take my family to Britain for a hiking vacation along old Roman highways. My family history traces back to England, and I’d love exploring John Wesley historic sites.” Wesley was an 18th century theologian who, with his brother, founded Methodism.

What character trait do you most admire in colleagues?

“Compassion. Gentleness, patience, kindness and forgiveness – all these grow out of compassion.”

What makes you laugh out loud?

“Children make me laugh. They haven’t been tamed yet and say the funniest things without trying. I remember speaking to some elementary students about being in nature and the wilderness. One of them asked me, ‘Where do you go to the bathroom in the woods?’  I just love kids and their honesty.”

What’s your favorite time of day?

“I am much more creative in evenings. The world is quiet.  Still, if I am in search of birds, mornings are the best.” QCBN

Diane Iverson continues to help at the Little Tree House at the Prescott United Methodist Church, where children can play while their parents are receiving aid in social services such as finding employment and getting food for the family. Iverson has always cared for children like June Heppe, whose mom is the new CCJ Director Ali Heppe.