You are here: Home / Archives for film producer Margaret Knight 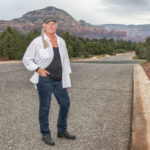 Making movies and commercials is not for the physically or mentally weak, says Sedona-based freelance production manager, producer and assistant director Margaret Knight. “Every job is different,” said Knight. “The film business is a formula, and when the formula works, it flows – and it’s a … END_OF_DOCUMENT_TOKEN_TO_BE_REPLACED