You are here: Home / Columnists / Taking a Look at the Next Century of Radio in the Digital Age 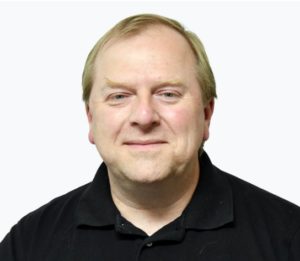 For 100 years, radio of all kinds – from national networks to local stations – has been the primary source for instant communication, news, information and entertainment for tens of millions of Americans and people in every other country in the world.

However, as radio moves into its second century, and following decades of predictions of the demise of radio because of the development of various media such as television, tape decks, CDs and more, digital communications and the World Wide Web has exploded from experimental and hobby status to mainstream. These days, with our homes suddenly becoming our offices and classrooms out of sheer necessity, the internet has moved from mainstream to vital.

So how is radio still relevant – even necessary – in this new digital age? And what is in store for the future of radio?

The Future is in the Past

On the one hand, the future of radio is all about nostalgia – whatever decade of music you consider “the oldies,” you’ll probably be able to find it on at least one station in any area of the United States, all the way back to at least the hits of the late 50s. And fans of all ages who are nostalgic for the Golden Age of Radio and its programs can find many stations across the country running the daily program “When Radio Was,” as well as download their favorites from the internet.

The nostalgia of radio is nowhere more apparent now than at WABC in New York, where 84-year-old rock and roll deejay Bruce Morrow – also known as “Cousin Brucie” during his 60-year radio career – has returned from a 15-year stint on SiriusXM satellite radio to host “Cousin Brucie’s Saturday Night Rock & Roll Party.”

The Future is in Embracing Digital Media

Radio stations across the country, while continuing to broadcast over the air as they always have, are also incorporating the latest technology into their business model to help deliver their message – and the message of their advertisers – to listeners of all ages. Audio streaming, as well as video streaming of in-studio and community events, is becoming common. Websites and social media allow stations more channels to spread their news and entertainment, and those stations that embrace a more “community-local-oriented” model are finding their announcers, talk show hosts and news reporters are beginning to become the latest generation of local celebrities, familiar voices that serve to bring together a community, in good times and bad.

In the end, radio is not just surviving during these turbulent times. Radio is thriving, in some areas, better than ever before, by serving all aspects of their surrounding community from analog broadcasting to digital platforms, and with this, serving a new generation of listeners who may have previously had only a passing interest while the car radio was playing, to those who have known and loved radio for decades.

Radio marks the passage of time like no other media – always present, always available for information and entertainment, a comfortable, constant companion in troubling times such as what we’re experiencing now. And radio will continue for decades to come, in good times and bad, marking the generations of music and talk as they arrive, and pass. QCBN

Jason Zinzilieta is general manager and co-owner of Prescott Broadcasting, LLC which operates radio stations KYCA and KAHM in Prescott.