You are here: Home / Columnists / Who Wants To Be A Tiger? 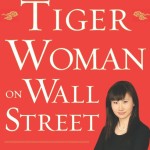 If you’ve spent the last two years perfecting your tiger parent skills (following the publication of Battle Hymn of the Tiger Mom, Amy Chua’s 2011 advocacy/memoir in defense of boot-camp style parenting), the first thing to understand is that it doesn’t end there. Junheng Li, CEO of the independent equity research firm, J.L. Warren, now offers softie Americans something for the workplace. Tiger Woman on Wall Street is Li’s memoir of childhood in China under the tutelage of her tiger parents-plus (both products of China’s Cultural Revolution), and later adulthood in the U.S. Her father’s math tutoring alone puts Joan Crawford, a.k.a  Mommie Dearest, to shame.

Are we talking about American higher education? That which is irreparably broken, according to, well… just about everyone, including many university boards of regents, and whose general failure is so immense that it will end America as we know it while the Chinese take over and we’ll all be working for them?

Education, according to Li, dominated her early life in China, where fierce completion was (and still is) the norm. But according to Li (and some revealing studies about the downside of tiger moms) competition Chinese-style may not be all it’s cracked up to be. It’s an educational system that champions memorization over creative thinking and outward success (your rank measured against everyone else’s) over real learning.  Student successes – and failures – are put on open display in China, and the student who excels may be the one who masters the system well enough to avoid routine public shaming. Li recounts how she, and many other students, resorted to cheating to stay ahead. Clearly, Li didn’t cheat her way to American success. But, that may be in part because she discovered, during her time at Middlebury, the importance of independent thinking, the courage to question the norms, and a widespread belief in universal ethics; the very foundations, by the way, that have always been the pride of American university education.

China is far from a credible threat to American business and its economy for a good many reasons. American companies invest in, among other things, human capital. In contrast, China has yet to develop an imaginative and innovative work force, a free independent media, and social mobility based on the individual desire to excel rather than one driven by class, ethnicity and family background. Unless the quality of China’s citizenry and society matches its government-led infrastructure buildup, Li maintains, China won’t be taking over anytime soon.

Li suggests that America’s relative youth, compared to many other countries in the world, along with its number one ranking in terms of its economy, military strength, and global influence makes it “consistently cocky but also insecure about falling behind.” Kind of like the kid who’s good at sports AND academics and lords it over everyone else but is secretly terrified that someone else is better.

And speaking of maladjusted life choices, it turns out that tiger parenting doesn’t produce super kids. A study published last year, led by Su Yeong Kim, associate professor of human development and family sciences at the University of Texas, tracked more than 300 Chinese-American families for a decade to study parenting styles. The results, published in the Asian American Journal of Psychology show that “compared with the supportive parenting profile… tiger parenting… was associated with lower GPA and educational attainment, as well as less of a sense of family obligation.” In addition, tiger parenting “was also associated with more academic pressure, more depressive symptoms, and a greater sense of alienation.” In other words, the kids of tiger parents had lower grades and were more likely to have emotional problems.

Li’s upbringing and the story of her accomplishments provide some good lessons. Bear in mind that in some mythical renderings, the tiger is ruthless and ferocious, but also easily tricked; hardly a model to emulate in American education or business.