You are here: Home / Columnists / Welcoming Maher to NAU 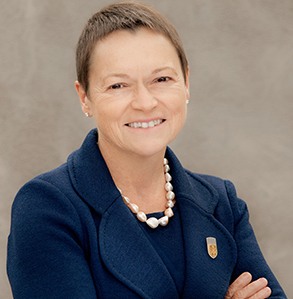 Maher joined NAU from the California State Polytechnic University in Pomona, where he was assistant director of government and external affairs. In a former position, he worked alongside the mayor of the City of Riverside, managing constituent affairs and policy issues.

As assistant to the mayor for the City of Riverside, Maher led efforts to promote the city’s innovation district and positioning the city as a destination for new college graduates.

In a prior role as program director for the University of California, Riverside, he leveraged resources from local, state and federal organizations and the university to provide academic enrichment programs for youth.

Maher has a bachelor’s degree in liberal studies and an MBA from California Baptist University in Riverside.

We spoke recently about his new role.

“In my first few months at NAU, I’ve met with many university leaders and community stakeholders. I’ve found there are tremendous assets both on and off our campuses,” he said. “My immediate goals include meeting with elected officials and non-profit and community leaders to explore ways we can work beyond the walls of the university for the benefit of the entire community, encouraging a culture of collaboration. I would like to position myself as a resource and an open ear.”

How is he enjoying his new home?

“Everyone has been so friendly,” he said. “Even though Flagstaff is a growing community, it retains a rich small-town feel.”

Maher is looking forward to the spring.

“My family and I have had the opportunity to meet many of our neighbors. Once spring comes and snow thaws, we are looking forward to the kids making friends and to meet new people and make our home here.”

Maher’s fourth child, a boy, was born just a few weeks after he and his family arrived in Flagstaff. QCBN