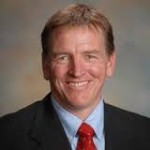 “Although we’re still mourning the terrible losses suffered during the tragic Yarnell Hill Fire, our community must rebuild. This rebuilding process necessitates recruiting and hiring firefighters who will shoulder this particularly dangerous form of public service and the SAFER Grant program assists in these efforts. For these reasons and more, I was proud to write FEMA in support of Yarnell’s SAFER Grant application. As the Yarnell Fire District also battles dangerous wildfires on federal lands, it’s only appropriate that they receive additional federal assistance. I will continue to support efforts that ensure our first responders have the necessary resources to accomplish their missions while also maintaining their safety. I’m truly grateful for all they do to keep our communities safe.”

“The Yarnell Fire District greatly appreciates the support of Congressman Gosar and the SAFER Grant Committee. This award will be used to add personnel and equipment to better support the community of Yarnell and the surrounding areas.”

BACKGROUND
After the catastrophic Yarnell Hill Fire, which took the lives of 19 Hotshot firefighters, the Yarnell Fire District lost many of its volunteers because either their homes were destroyed or because of the trauma of that fire. In the wake of this catastrophic fire, the Yarnell Fire District had just four full time firefighters and continues to rely heavily on volunteers.