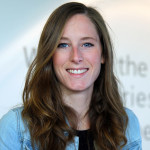 “This is fantastic news about our scholars,” Dr. Penny Wills, Yavapai College president, said. “We’re very proud of these individuals as well as the academic structure and support that helps our students achieve such lofty goals.”

Daubert, a Prescott resident, is involved in undergraduate research and is a member of the College Honors Program and Phi Theta Kappa. Her career goal is to become a research biologist in the field of terrestrial mammalian biology.

Born and raised in Prescott, Haynes is in the College Honors Program at Yavapai College. She plans to transfer to Northern Arizona University (NAU) when she graduates in May and wants to teach or work for a non-profit organization thereafter.

“One of the great benefits of Phi Theta Kappa is that it can provide scholarships for students to help them achieve their educational goals,” said Laura Cline, English department faculty member and chapter advisor for Phi Theta Kappa-Beta Gamma Pi. “I am incredibly proud to have Megan and Taylor representing our chapter and our college as recipients of this generous scholarship. Both of these students are shining examples of the four hallmarks of Phi Theta Kappa: scholarship, leadership, fellowship and service. They will continue to be wonderful assets to whatever universities, workplaces and communities they choose as they continue on their journeys.”

The two students are among five Yavapai College students who were previously honored with All-Arizona scholarships, providing them with full tuition to continue their studies at any Arizona state university. The other All-Arizona honorees are Dorothy “Madison” Maher and Rebecca McCullough from the Verde Valley campus and Jayne Travers from the Prescott Valley campus.

Community colleges may submit two nominations per campus for this award. An independent panel of judges considers outstanding academic rigor, grade point average, academic and leadership awards, and engagement in college and community service in the selection process.

Yavapai College, which opened in 1969, provides quality higher learning, cultural resources and economic development support for the diverse populations of Yavapai County. The College offers a wide range of academic programs to students at the College’s centers in Prescott (main campus), Clarkdale (the Verde Valley Campus), Prescott Valley, Chino Valley, Sedona, and the Career and Technical Education Center (CTEC) near the Prescott Airport.

Phi Theta Kappa Honor Society, headquartered in Jackson, Miss., is the largest honor society in American higher education with more than 1,285 chapters on two-year and community college campuses in all 50 of the United States, Canada, Germany, Peru, the Republic of Palau, the Republic of the Marshall Islands, the Federated States of Micronesia, the British Virgin Islands, the United Arab Emirates and U.S. territorial possessions. More than 2.5 million students have been inducted since its founding in 1918, with approximately 135,000 students inducted annually. 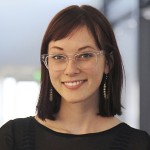