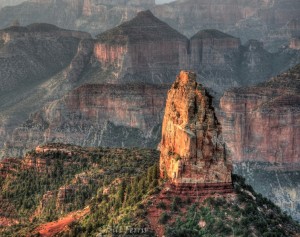 “Grand Canyon’s importance to Arizona’s tourism industry and overall economy cannot be ignored,” said Governor Brewer. “While I am pleased the state is able to ensure the Canyon remains open during this critical season, it is well past time for the federal government to end this shutdown and pay its bills. We are doing our job. It’s time the President and Congress do theirs.”

On Friday, the governor negotiated an agreement to reopen Grand Canyon for up to at least seven days using state and local monies. Under the terms of the agreement, the State of Arizona is paying $93,000 per day to the National Park Service to fully fund park operations. Governor Brewer today authorized the use of state dollars from the Arizona Office of Tourism to continue funding the Canyon for up to an additional nine days, throughOctober 27, if the federal budget stalemate in Washington persists. If the shutdown ends prior to then, Arizona will be refunded for any unspent days.

Visitors to Arizona’s national parks have spent an average of $2.5 million a day during October in recent years – $1.2 million per day at Grand Canyon National Park alone.

The State of Arizona will seek support from members of its congressional delegation to authorize federal reimbursement of any state dollars expended to fund park operations during the shutdown.